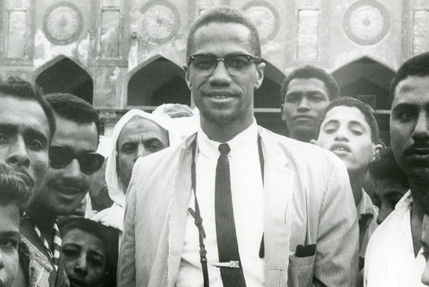 Never Have I Witnessed

Malcolm X and the Myth of his Post-Racial Hajj

On April 13, 1964, Malcolm X left New York for Mecca, Saudi Arabia, via Cairo, Egypt, with the blessings and financial support of his sister, Ella Collins. She had generously given her younger brother the savings she had been putting aside to make her own pilgrimage to the holy site and the rest, as they say, is history. How can Malcolm X’s Hajj experience help us, 50 years later, understand his political and religious vision and legacy? 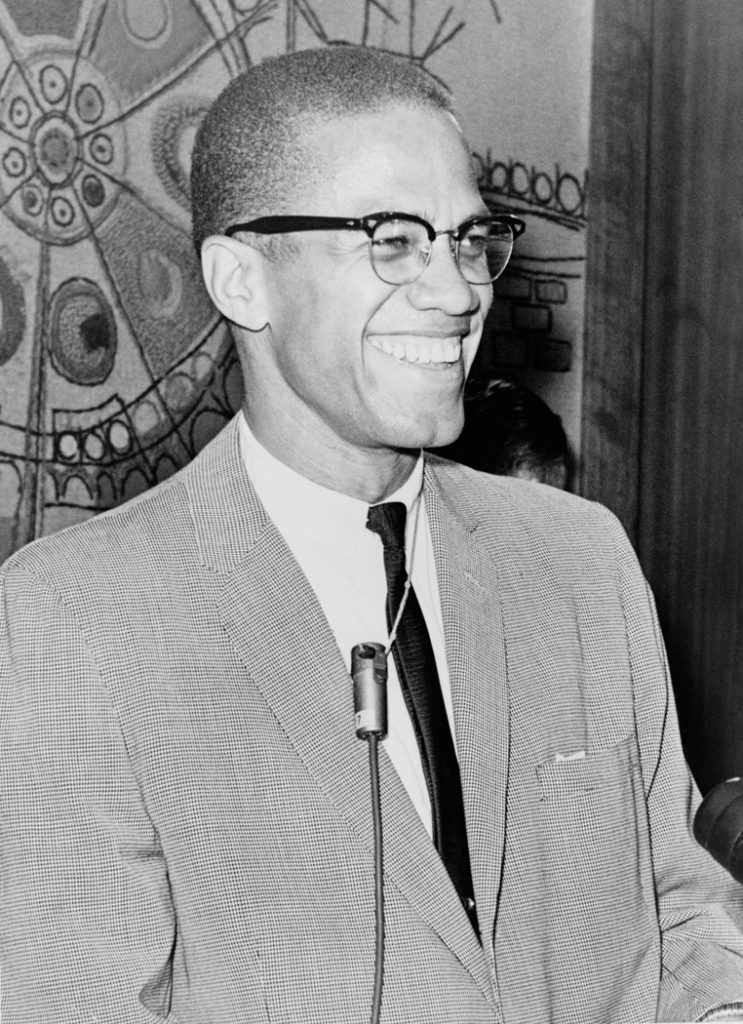 Malcolm X’s Hajj pilgrimage was an important turning point in his life. For generations of Americans, the historic event has been their introduction to the ritual lives of Muslims around the world, particularly once it was memorialized in Alex Haley’s best-selling book, The Autobiography of Malcolm X, and later in Spike Lee’s film, Malcolm X. The narrative structure of the autobiography punctuates various points in the book as “conversion” moments, when Malcolm adopts a new identity and name, such as in the pilgrimage chapter, titled “El-Hajj Malik El-Shabazz.” In other words, the use of the Hajj experience as Malcolm X’s “conversion” from a segregationist, black Muslim movement (the Nation of Islam) to a race-blind, integrationist, post-racial (Sunni) Islam acts as a narrative shortcut for Haley, Lee and others. In effect, this oversimplified conversion narrative reduces the evolution of Malcolm X’s political and religious views into a dramatic “aha” moment in Mecca. In fact, Malcolm X had held views that departed from Elijah Muhammad’s teachings for years, even during his career as a minister in the Nation of Islam, political and theological views that he had generally but not always suppressed in public. His Hajj experience did not inspire him to replace his commitment to racial justice with an embrace of a vague humanism that transcended race; the Hajj only further energized his radical commitment to global racial justice that was the driving force of his humanistic vision.

Put simply, Malcolm X’s Hajj experience confirmed a moral vision he had long held. Rather than being Malcolm X’s first introduction to an Islamic vision different from Elijah Muhammad’s, the Hajj was a cathartic confirmation that his decision to break with his teacher had been the right one. As one of the five ritual pillars of Islam, the Hajj pilgrimage is a requirement of all able-bodied adult Muslims who can afford to travel at least once in their lives. The set of rituals that comprise the Hajj are rich with meaning, referencing episodes from the lives of Abraham (Ibrahim), Hagar (Hajra), and Ishmael (Ismail). However, it was the visual power of the Hajj ritual, the image of people of every color and from all walks of life ritually enacting their submission to God as one body that was the Hajj’s most remarkable and striking feature for Malcolm X. Circling the black, cube-shaped Kaaba mosque in throngs of prayer, millions of pilgrims from around the world are draped in simple white sheets that resemble the traditional Muslim shroud. All social distinctions between people — such as age, class, gender, race and nationality — dissolve in the Hajj’s symbolic marking of human mortality and the awesome and total power of God. The pilgrimage is arguably the Islamic ritual most emblematic of the Muslim ideal of the umma, the global community of believers who are collective witnesses to the universal truth of Islam’s message: Submit to the one eternal God, the Creator of the universe. Malcolm X penned several letters from Mecca to family, friends and fellow activists, describing his new “spiritual insights” on race and the impact of the Hajj on his thinking: “What I have seen and experienced on this pilgrimage has forced me to … toss aside some of my previous conclusions. … [If] white Americans could accept Islam, the Oneness of God (Allah) [they] too would then accept in reality the Oneness of Man.”

Yet American historians remain suspicious of this popular narrative of Malcolm X’s transformative Hajj experience, particularly as it is represented in Haley’s autobiography as well as in other popular texts and Lee’s film. For example, many point out that Saudi Arabia and Egypt were and remain highly stratified and inegalitarian societies, very different from the race-blind brotherhood Malcolm X describes in his letters from Mecca. In their view, Malcolm X either willfully ignored these social realities or he was blissfully and naively ignorant of them because he was a privileged guest of a Saudi prince. In my own historical research for my new book, Islam is a Foreign Country: American Muslims and the Global Crisis of Authority, I examined Malcolm X’s travel diaries and private letters, which reveal that he was keenly aware of such social problems and an astute cultural critic. Contrary to public memory, historians know that Malcolm X had already traveled to Saudi Arabia (but not Mecca) as well as several other Muslim-majority countries as an emissary of Elijah Muhammad in 1959. Although he was inspired by the modernization projects in Egypt and Saudi Arabia, Malcolm X did not see Muslim societies as perfect societies. For example, he was deeply troubled by the rampant poverty, the low social status of Muslim women, pervasive illiteracy, the globalization of Western cultural norms and dress, and what he characterized as a profound parochialism and narrow-mindedness among Arabs particularly in terms of their missionary efforts in the U.S. Many of these social problems in Muslim-majority societies had also troubled Elijah Muhammad when he travelled to the Middle East, Asia and Africa. Like Elijah Muhammad, Malcolm X decided to be strategically silent about these issues in public. This was one of many lessons from Elijah Muhammad that Malcolm X took to heart even after leaving the Nation of Islam.

If we look carefully at the speeches and political activities of Malcolm X at the end of his life, we see that in contrast to Elijah Muhammad, Malcolm X did not represent the modern Middle East, Asia or Africa as racial utopias and he abandoned his description of the U.S. as a doomed racial dystopia. Rather, Malcolm X’s account of his pilgrimage in the international press allowed him to reclaim the U.S. as a place where social justice and racial equality might be realized. Unlike Elijah Muhammad, Malcolm X did not insist that conversion to Islam was a required first step toward fighting white supremacy. One of his long-standing frustrations as a minister in the Nation of Islam was that he was only able to work with individuals who actually converted to Islam. As a Sunni Muslim who had just completed the Hajj, Malcolm X called Americans to believe in the oneness of God to replicate Islamic racial harmony in the U.S. His press conference in New York when he returned from his pilgrimage, in which he described “drinking from the same cup as Muslims who in America would be seen as white,” became iconic, but it was the last time Malcolm X directly promoted conversion to Islam as the primary vehicle of change in the fight against racism in the U.S.

In the last year of his life, Malcolm X invoked the Hajj ritual to inspire those working for racial justice in the U.S. and beyond, but he chose to work for justice with allies across racial, national, political and religious lines. Immediately after his pilgrimage, Malcolm X visited several countries in the Middle East and Africa, perhaps most importantly, Ghana, where he met with a small community of radical African-American ex-pats, including Maya Angelou and W.E.B. and Shirley DuBois. Malcolm X was profoundly inspired by a diverse range of revolutionaries throughout what he called the “Dark world” — his imagined political and moral geography that encompassed, but was not limited to, the “Muslim world,” uniting all those engaged in the fight against white supremacy. To his Muslim critics abroad who claimed that his focus on racial justice and endorsements of pan-Africanism contradicted the universality of Sunni Islam, Malcolm X countered that the Quran “compels the Muslim world to take a stand on the side of those whose human rights are being violated no matter what the religious persuasion of the victims is.”

How did Malcolm X want his Hajj pilgrimage to be memorialized? He aimed to inspire all people to work toward racial justice through his rhetorical use of Islamic symbols and iconography, such as the Hajj. African-American lesbian poet and activist Cheryl Clarke notes that Malcolm X’s Hajj to Mecca became a guiding trope of deliverance from oppression for black consciousness movements in the 1960s and ’70s. Like Martin Luther King Jr.’s invocation of the mountaintop, Malcolm’s Hajj fused Mecca as utopic inspiration and destination, such that, as Clarke puts it, “one is always getting there.” Fifty years later, far from any post-racial triumph, the global fight for racial justice and human dignity rages on and the prayer for humanity that Malcolm X made in Mecca echoes throughout our Dark world. 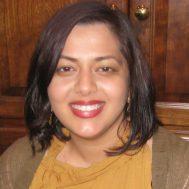