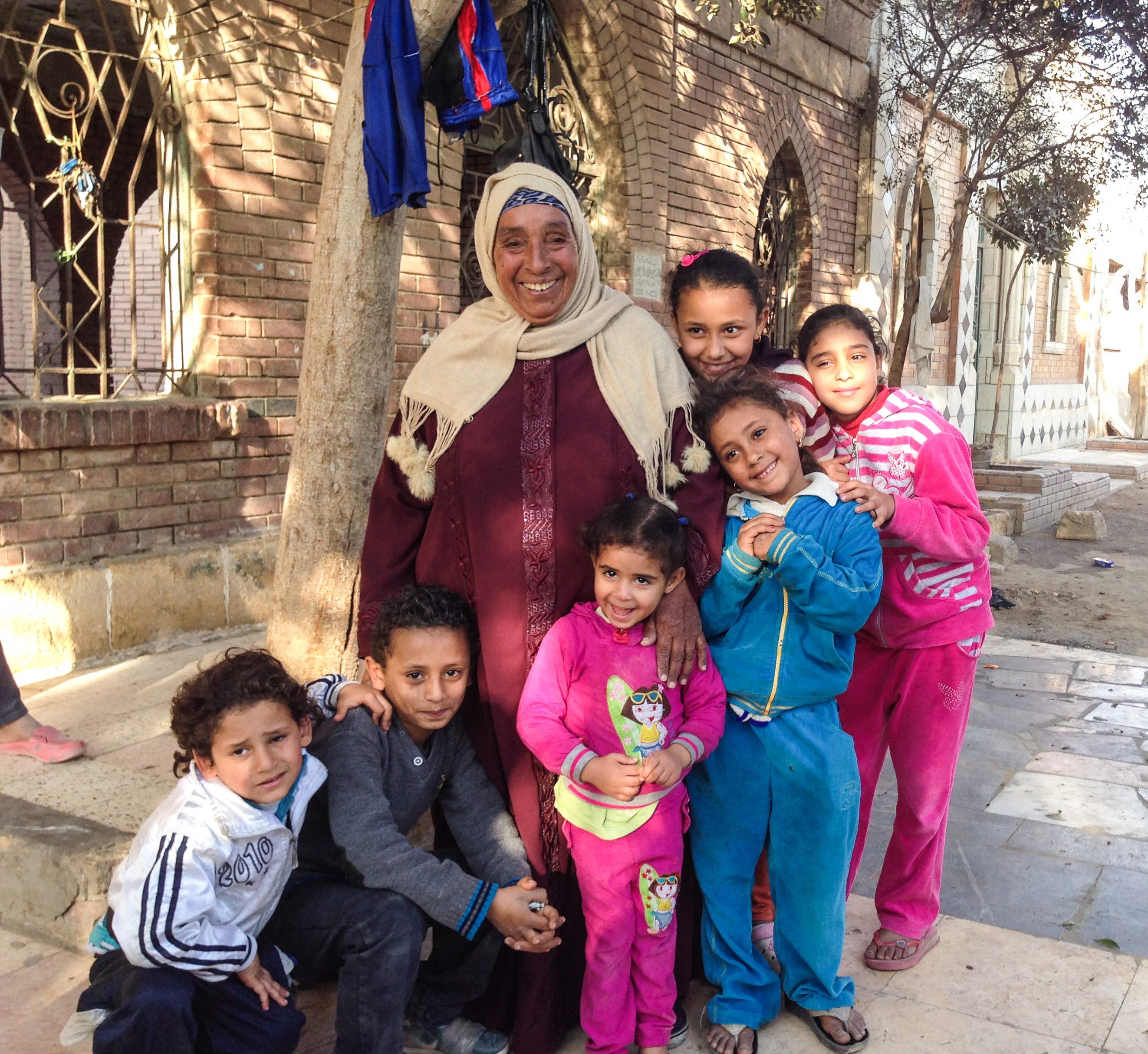 Living amongst the dead in Cairo: Egyptian life at cemeteries

Eman was elated. She was engaged and everything was ready for the wedding. Her family approved.  The groom was good for her: he had a job and a house.  They could be happy together.  But on the day that she visited him in what would be their joint home, the couple unexpectedly broke up. The living room had a view of a cemetery.  Right outside its doors.  And that was too much of a deal breaker for Eman. Her ex-fiance instead said that her attitude showed that her love was untrue. 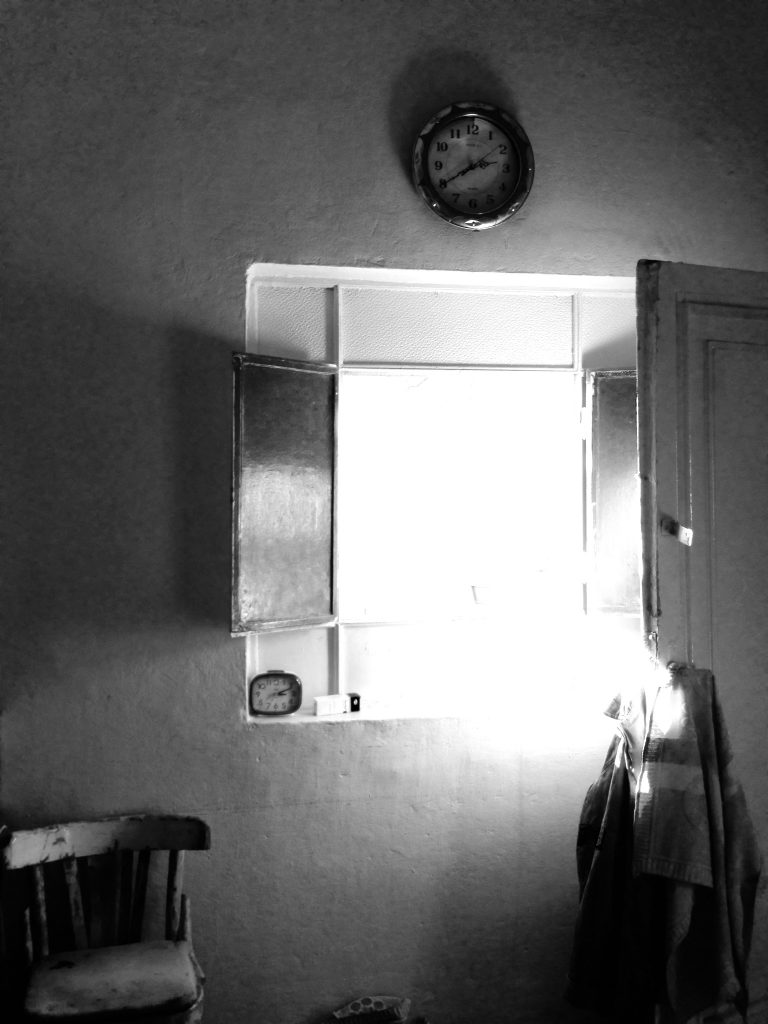 This is a true story that took place in Cairo. While cemetery views cause strife in some couples, for others in the same city the graves are not only part of the view, but in fact the very homes in which many choose to live, there amongst the dead.  Indeed, Cairo’s so-called ‘City of the Dead’ shelters an undetermined number of people that struggle to live amongst the 5.5 square miles of tombs. 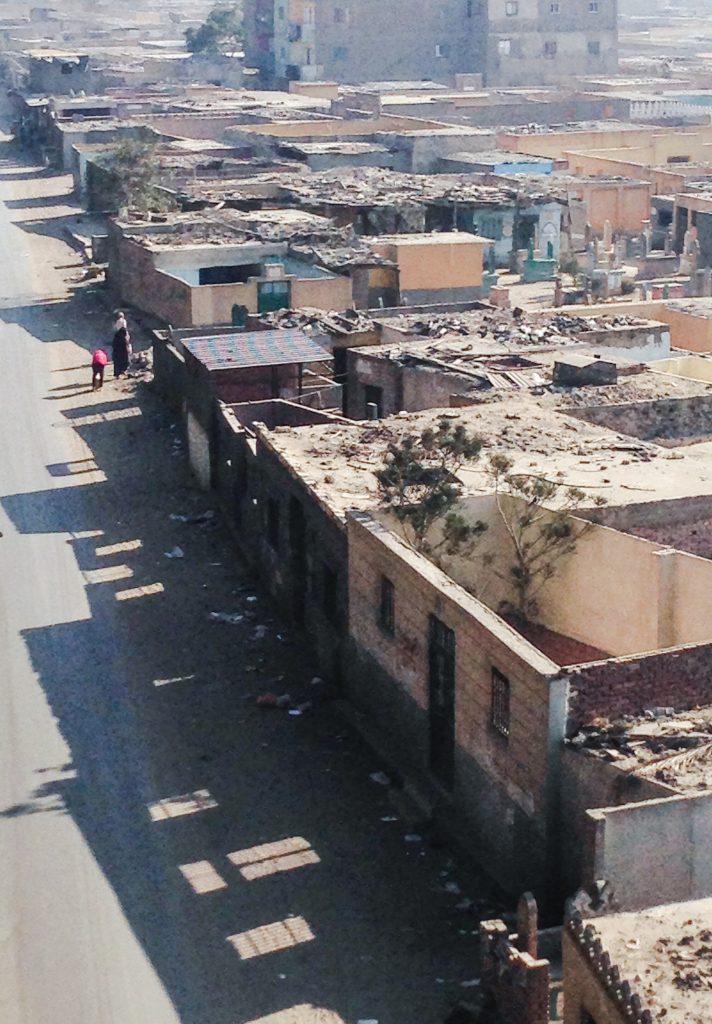 The Information and Decision Support Centre, an entity attached to Egypt’s Cabinet of Ministers, estimates that there are nearly 1,034 slums in the country. The Arabic Network for Human Rights Information (ANHRI) reports that the National Planning Institute confirms the existence of over 1,109 in 20 different districts, sheltering some 70.17 million people. The same source revealed that 14 million of those Egyptians live among tombs and in huts and mosques within the cemeteries at Basateen, Imam Shafie, Bab El-Wazeer, El-Ghafeer, El-Megawereen, Imam Lethee, Ain Shams, and Nasr City. 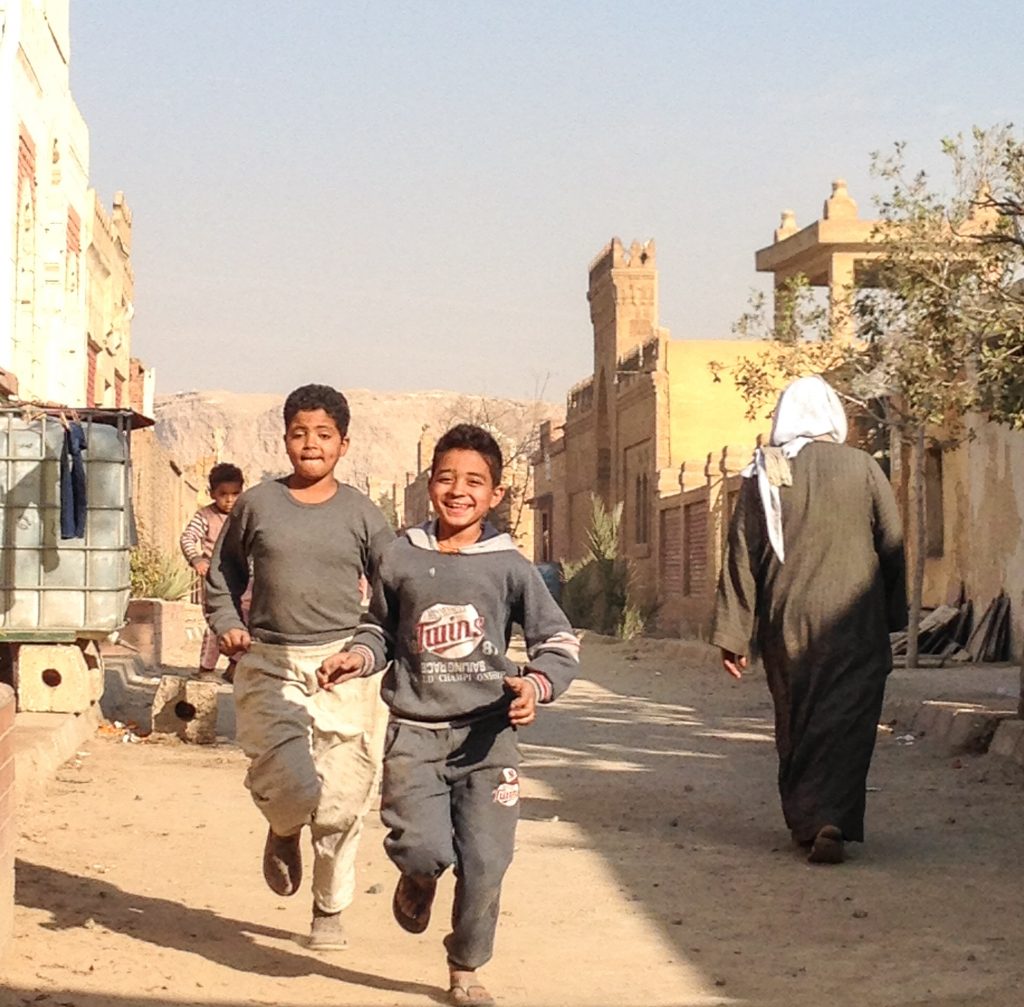 Fatma Um Emad is one of the untold thousands that live in Basateen. The cemetery is her neighborhood: “I would not move from away here even if the government gave me a house that I could pass on to my son or daughters”. She is used to walking over the graves each day. Her yard is actually the entryway to a chamber where bodies are placed, and this space is what she views from her bedroom. “We are here with the owner’s permission, they know that  we live here and that we keep watch over their place”. 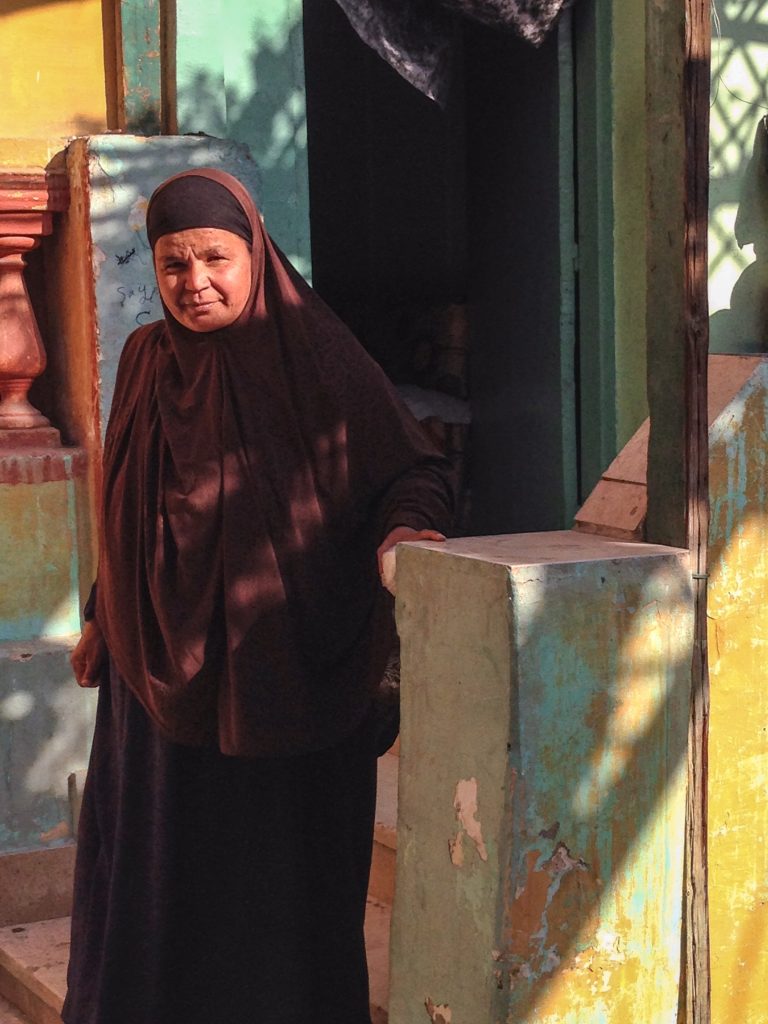 The founding of this cemetery dates back to the Islamic conquest of Egypt in 642 AD. From afar the place looks like a real city because the tombs are built like little houses. Usually each one has four burial chambers in the basement, two for males and two for females, and another chamber where the bones are kept after the putrefaction. The tombs are built this way in order to avoid having to open a chamber containing a recently deceased person should two family members of the same sex die within a time span of fewer than 40 days. The dead bodies of Muslims are left to putrefy directly upon the ground. 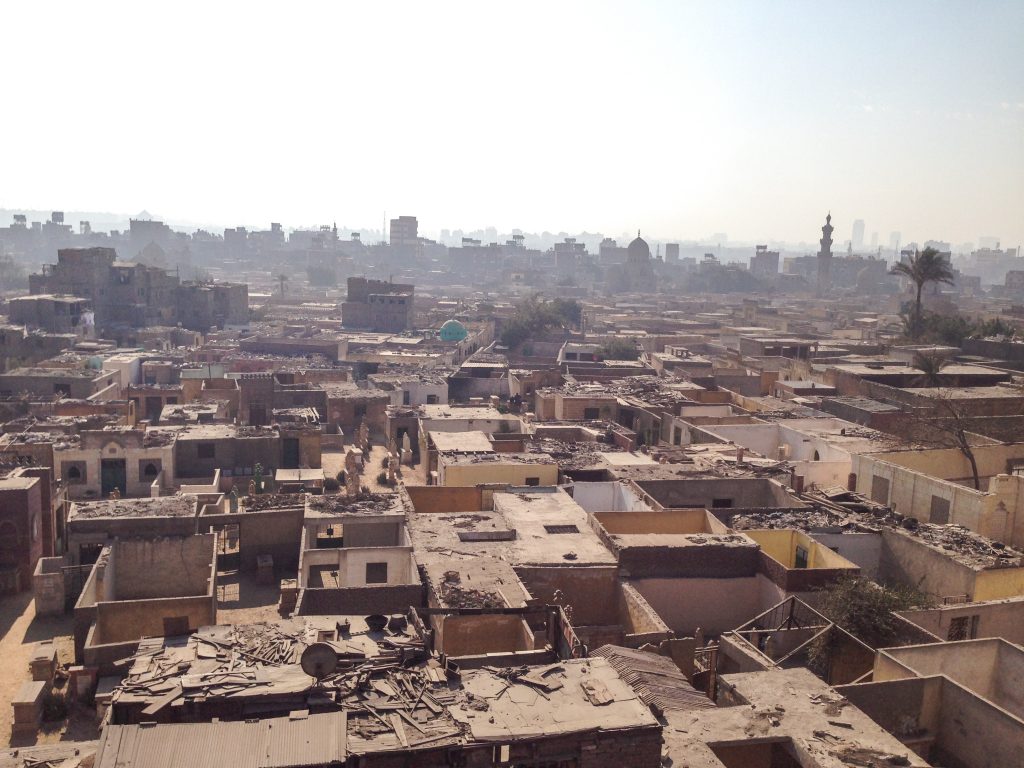 While the chambers are accessed solely by an opening in the ground that is covered by a stone slab, or often even with sand and cloth in order to trap the stench of rot inside, the chambers are by no means sealed. But after nearly 35 years living amongst the dead, for Fatma this is no longer an issue.  She moved to the necropolis just after getting married when she was 16 years old. She has two sons, two daughters and a job. She is ‘toraby’ (tomb keeper), while her husband works for the national electricity company. 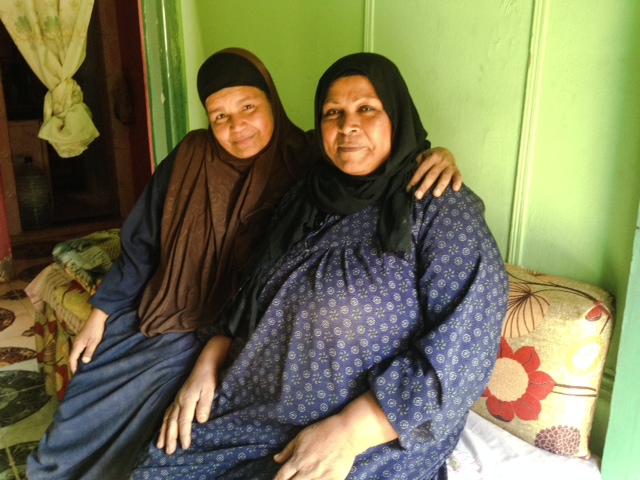 A ‘toraby’ is assigned to a specific area by the government; the position does not include a salary. They carry the keys of the tombs and earn some money thanks to the generosity of visitors, and whenever a body is brought for burial. Part of their job includes making sure that the mourning families have acquired all the necessary legal permits to carry out the interment process.

“We have a normal life, nothing complicated”, Fatma says as she sits in the street beside her husband, who is smoking narghile and drinking tea. 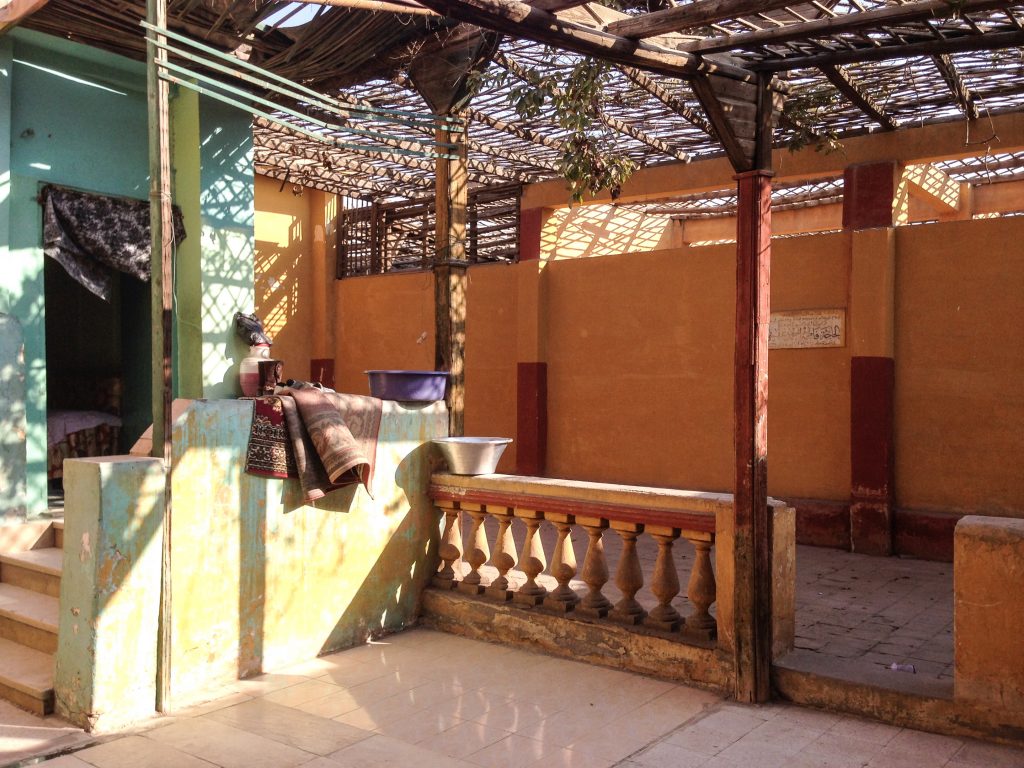 Joseph Schechla, coordinator of the Habitat International Coalition’s Housing and Land Rights Network (HIC-HLRN), knows about the slum situation: “And in all of this, the cemetery dwellers are not necessarily the worst off”, he explains. In fact, those who live in the cemetery have water and electricity, as well as septic tanks to manage the lack of infrastructure. There are schools nearby and public transportation. 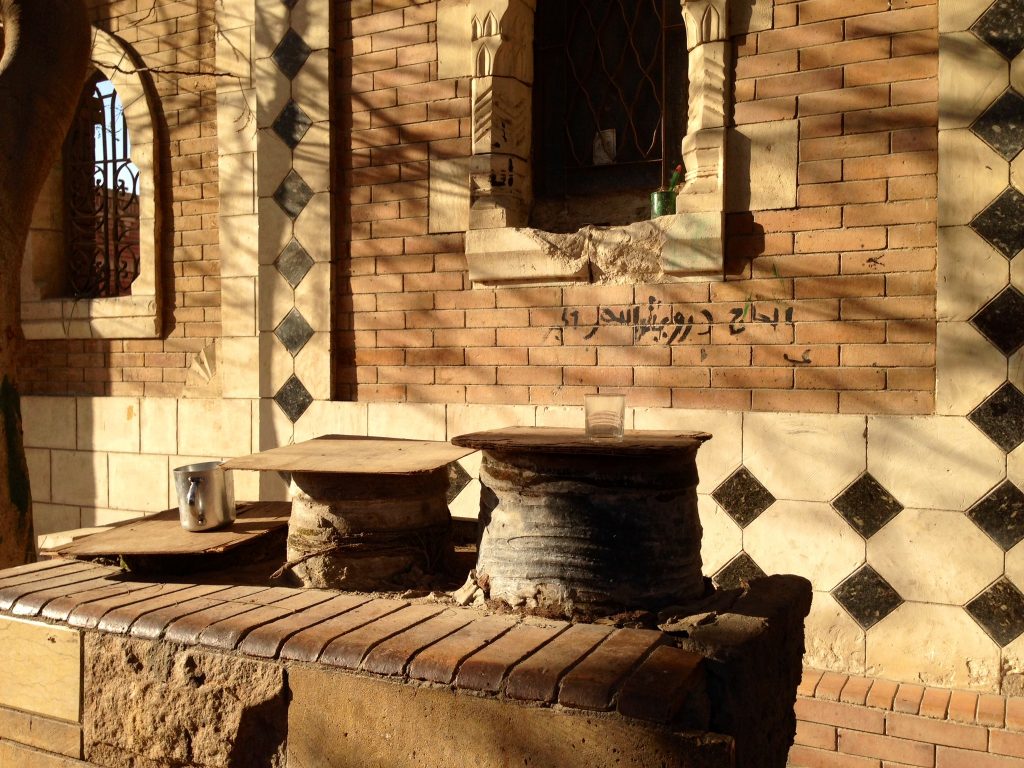 The cemetery housing phenomenon in Egypt is just one manifestation of the larger problem of the country’s wildly unequal of wealth, natural resources and services; desperate urban migration, corruption in public projects, as well as private projects using public resources; the lack of adequate development policies, including the lack of a housing policy, according to Schechla.

Even in this context, Um Karim’s personal story is so odd that it is even somewhat poetic. This old woman, with six sons and six daughters, lives near her husband… In fact, she lives a mere two meters above the spot where he is buried. They bought the family tomb together 45 years ago and ultimately could not find a better place in which to live. 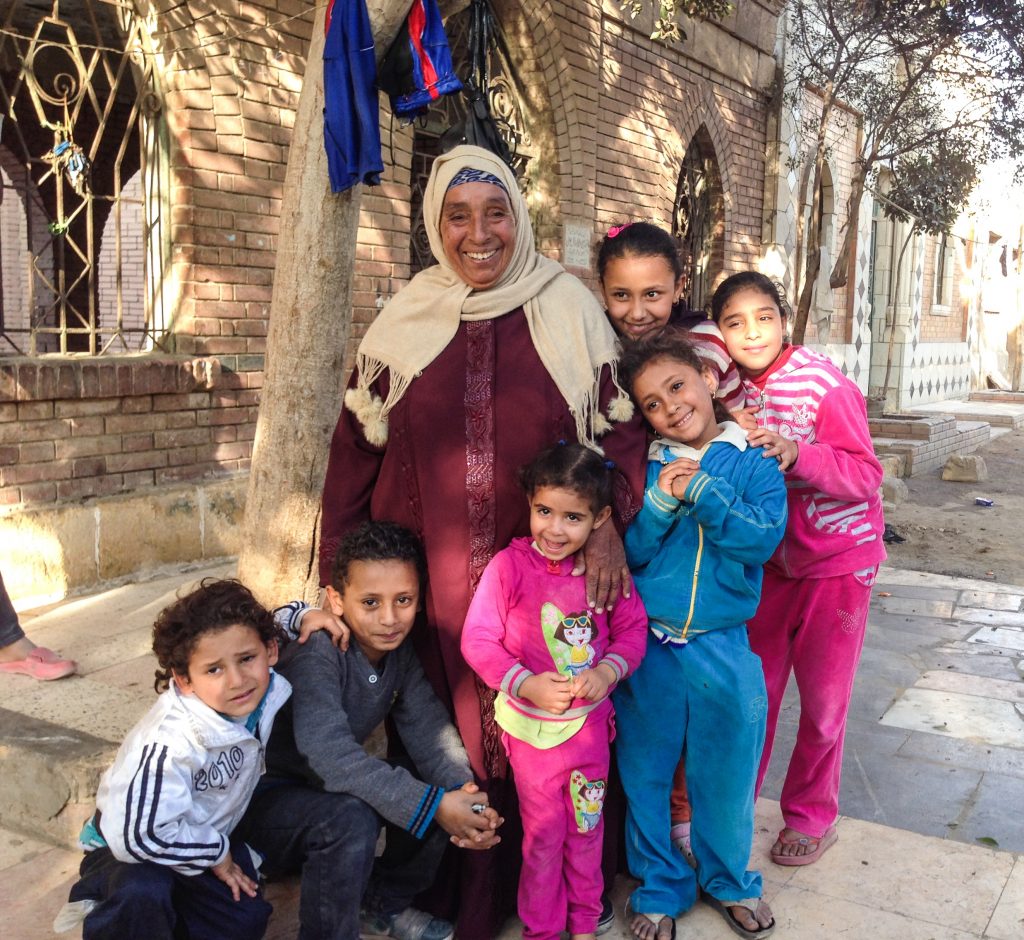 “Alhamdulilllah (thanks to God), Alhamdulilllah”  she repeats while surrounded by her daughters and granddaughters, who visit her every Friday. “My children live outside the cemetery, but I do not wish to be a burden on them as they don’t have much money. I can assist the ‘toraby’ and the people here and earn something of my own”.

As she speaks, the sounds of the outside world drift by: the traffic of people heading to the Friday market, the barking of dogs. As they echo amongst the tombs, the cemetery seems quite lively. 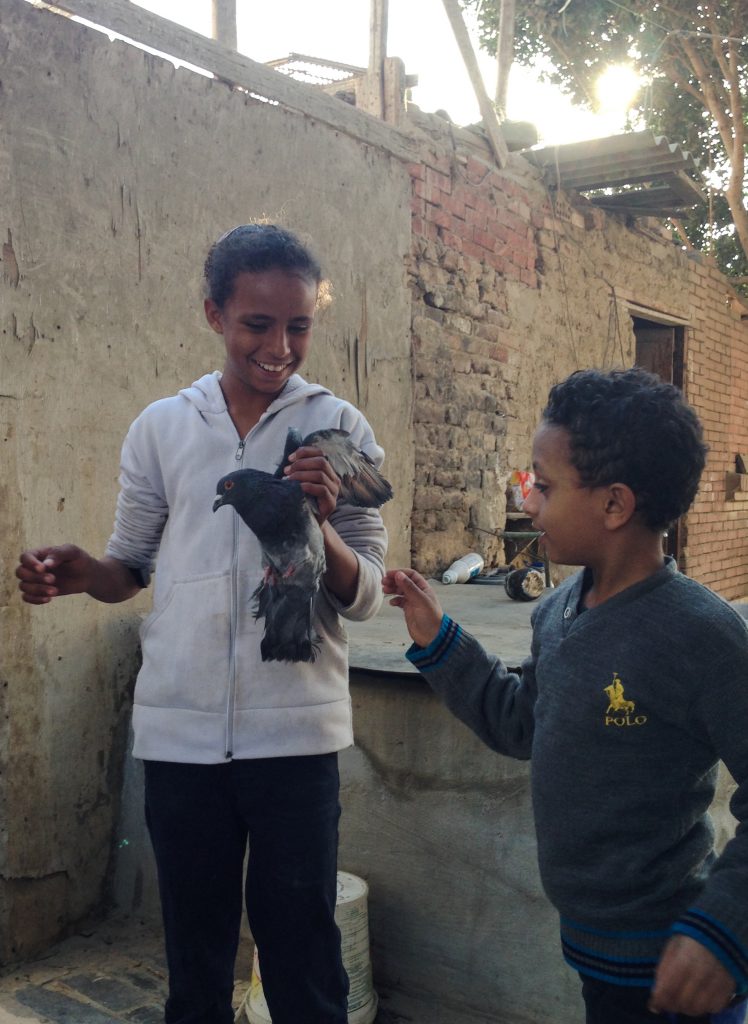 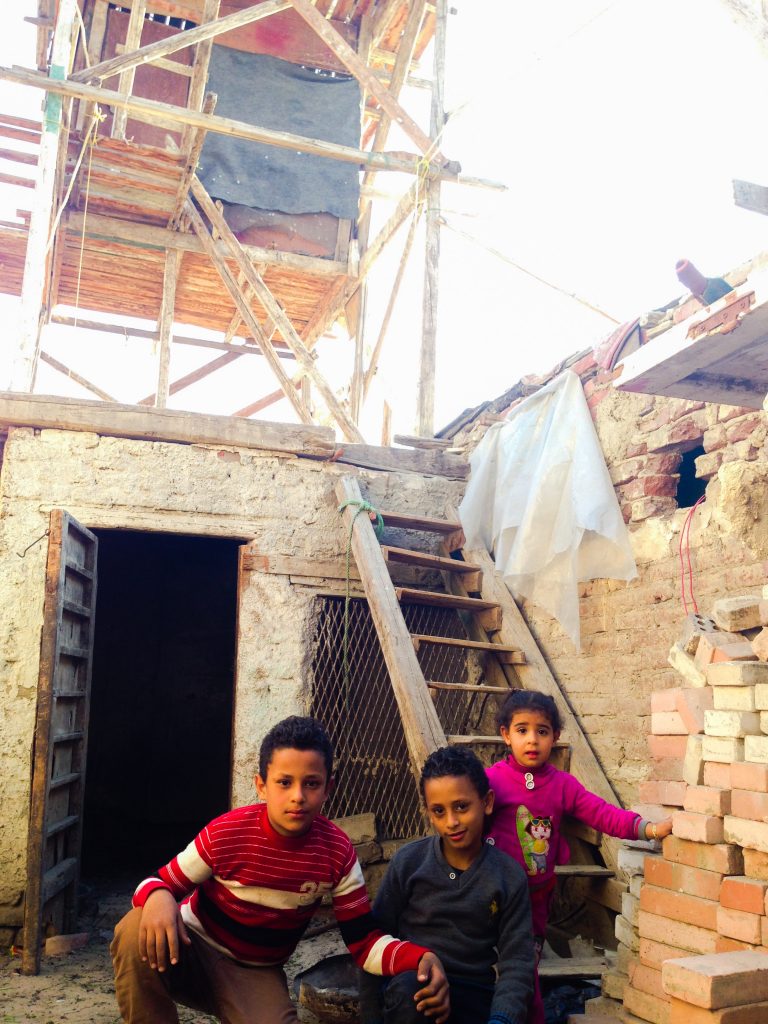 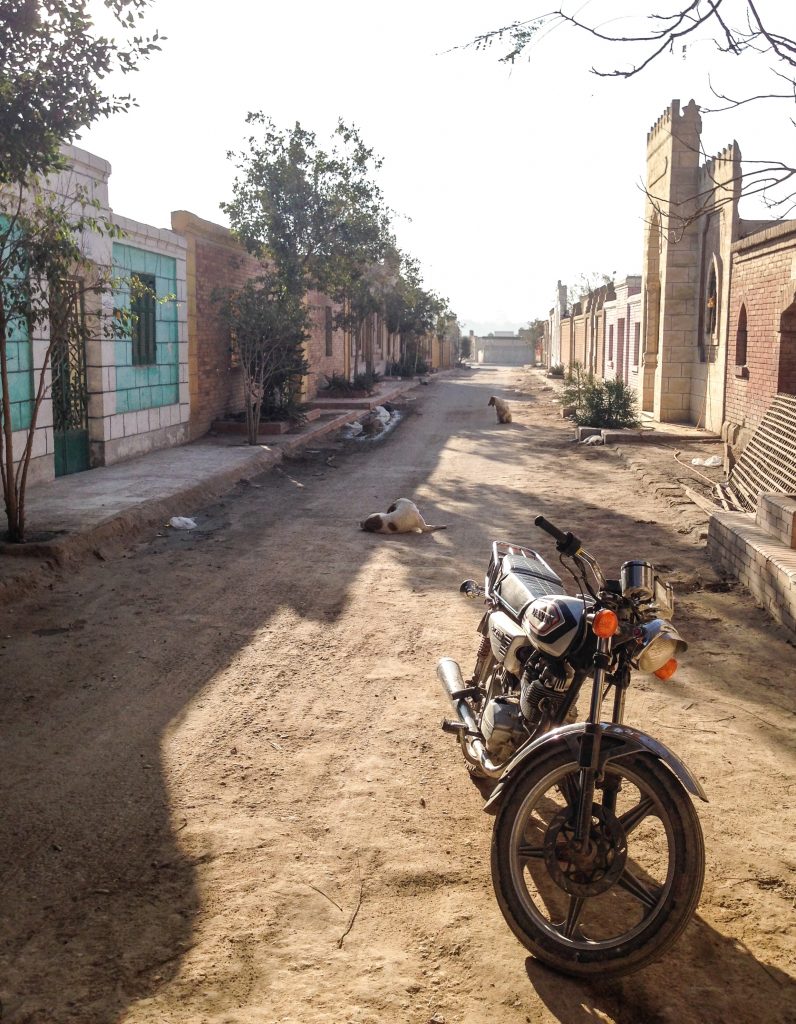 All photos copyright to the author

Amanda Figueras is a journalist, multimedia reporter, United Nations Alliance of Civilizations fellow, and founder of a European News website.