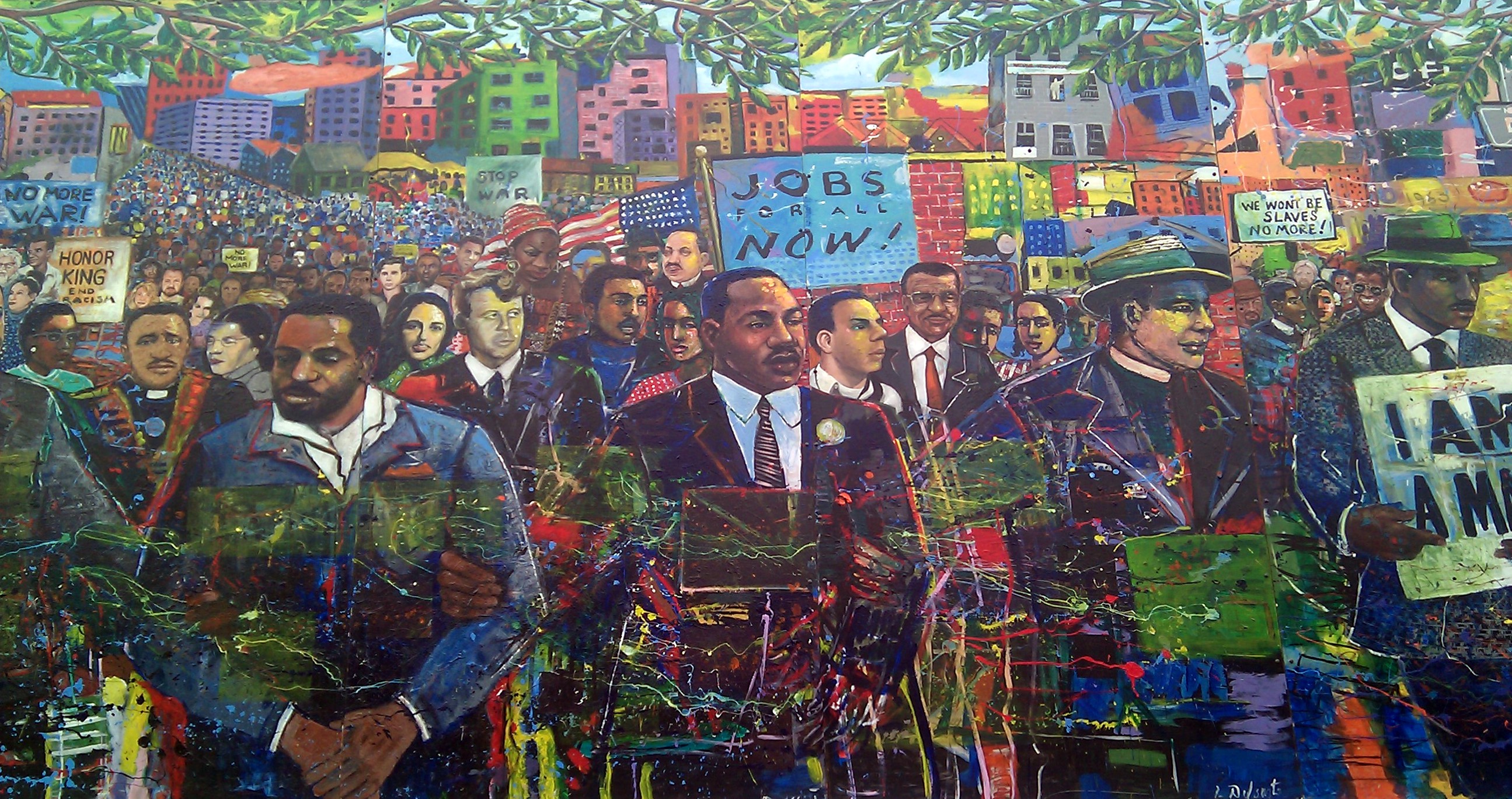 Notwithstanding ebbs and flows, as well as variation across regions, opposition to racism, ethnocentrism and nationalism continued to mount from World War II down to 9/11, at least within the Western world. This environment, enhanced by the end of the Cold War, which brought a sudden surge of globalization across a vast international space of formerly closed boundaries, as well as the crumbling of apartheid, all favored neo-liberal ideas of pluralism, multiculturalism, diversity and globalism.

Within this environment, multiculturalism — already long resisted at many turns since its rise in the mid-20th century — has been increasingly challenged, even declared a crisis reflecting the alleged failure of neo-liberal policy. Anti-immigration rhetoric has garnered growing support, while denials of race as a valid construct and the accompanying shift to a focus on culture have served to cover over resurgent racist discourse. Supposedly displaced White Euro-American societies have reasserted their need to protect and defend themselves and Western civilization via increasing political and cultural securitization.

Authors Alana Lentin and Gavan Titley have addressed these issues in their edited volume The Crises of Multiculturalism: Racism in a Neoliberal Age. Within the United States in particular, the Barack Obama presidency provoked White racist reaction, while the recent campaign and election of President Donald Trump was both a product of, and in the eyes of many who elected him, a significant endorsement of such reactionary trends. At the far right, White nationalist and ‘alt-right’ leaders espousing anti-multiculturalist rhetoric supported Trump for his hardline stance on immigration and refugees, particularly in connection to Mexicans and Muslims.

It is no coincidence that, following the U.S. presidential election in November 2016, the “’Trump effect’ led to [a] hate crime surge.” In one case, graffiti was painted on a wall displaying the swastika sign together with the declaration “Make America White Again.”

Leonard Zeskind, author of Blood and Politics: The History of the White Nationalist Movement from the Margins to the Mainstream (2009), has provided one of the most detailed studies to-date of the history behind this phenomenon. Throughout the text, he ties together neo-Nazi skinheads, Holocaust deniers, Christian Identity churches, the renewal of the Ku Klux Klan, and more. He identifies opposition to “foreign” (i.e. non-White) immigration as a primary aim of all these organizations in the post-Cold War era, with accompanying concern over Whites losing their majority status in the face of globalizing trends. 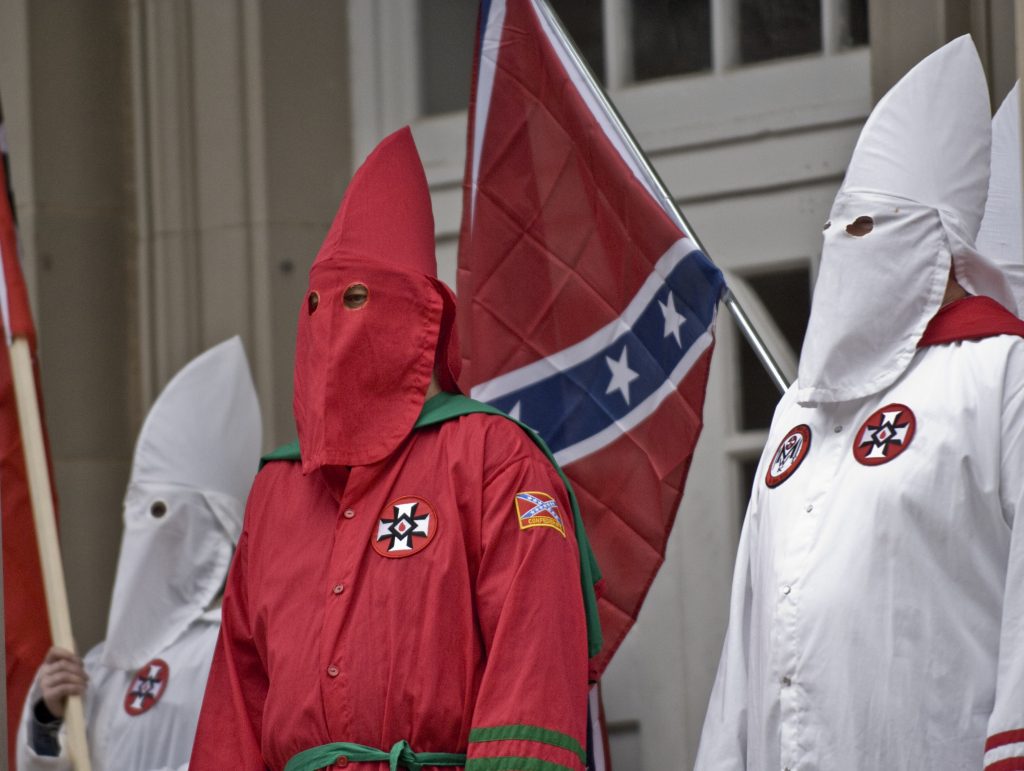 Against this backdrop, the new administration seems bent on returning to the racist-inspired anti-immigration and deportation policies of the 1880-1965 post-Reconstructionist era. This agenda was reflected in the issuing of a new “national (and religious) origins” immigration act signed into power by Trump’s executive order January 27, 2017. The executive order, titled “Protecting the Nation from Foreign Terrorist Entry into the United States,” was justified as follows:

The United States cannot, and should not, admit those who do not support the Constitution, or those who would place violent ideologies over American law.  In addition, the United States should not admit those who engage in acts of bigotry or hatred (including ‘honor’ killings, other forms of violence against women, or the persecution of those who practice religions different from their own) or those who would oppress Americans of any race, gender, or sexual orientation.

This order’s focus on Muslims is clear from the language used and the specific list of seven Muslim-majority countries whose citizens were banned from entry. This is in spite of the fact that there is no factual data to support the idea that immigrants or refugees from these particular nations pose more of a threat to the U.S. than multiple other nations that could have been listed.

Regardless, according to the order’s rationale, numerous White nationalists, neo-Nazis and fundamentalist Christians, together with perpetrators of domestic violence against women, should have their citizenship revoked and be deported. In suggesting this, it should be noted that the concerns identified by the executive order are more than simply terrorism. They include “acts of bigotry or hatred” and “forms of violence against women,” along with persecution or discrimination against others based on religious, racial, gender identity or sexual orientation.

Indeed, amid international pandemonium over this executive order, what escaped the attention of the media and broader public was the fact that two days earlier, Trump signed another executive order aimed at “Enhancing Public Safety in the Interior of the United States.” Along, with restricting entry to the U.S. based on national (and religious) origins, the earlier order declared that, “[i]n executing faithfully the immigration laws of the United States, the Secretary of Homeland Security (Secretary) shall prioritize for removal those aliens described by the Congress … in [the stated sections of] the INA [Immigration and Nationality Act] … as well as removable aliens who … [i]n the judgment of an immigration officer, otherwise pose a risk to public safety or national security.”

In both of these executive orders, the right to exercise “judgment” of both “intentions” and “risk” provide for highly arbitrary “executive decisions” to be made by those entrusted with such power. Some see the order as “targeting up to 8 million people for deportation,” mostly Hispanics and Muslims.

True, a federal judge in New York intervened on behalf of multiple people trapped at airports across the U.S. after Trump’s order was met with strong protest around the globe. But he made no ruling on the constitutionality of the order. Washington State then set out to sue Trump for disrupting their economy and society, with the Washington state attorney general successfully persuading a federal judge in Seattle to place a national stay on Trump’s executive order, calling into question its very constitutionality. The appeal of the Justice Department to rescind the stay was denied by the 9th circuit federal appeals court, upholding the concern for the constitutionality of the order. 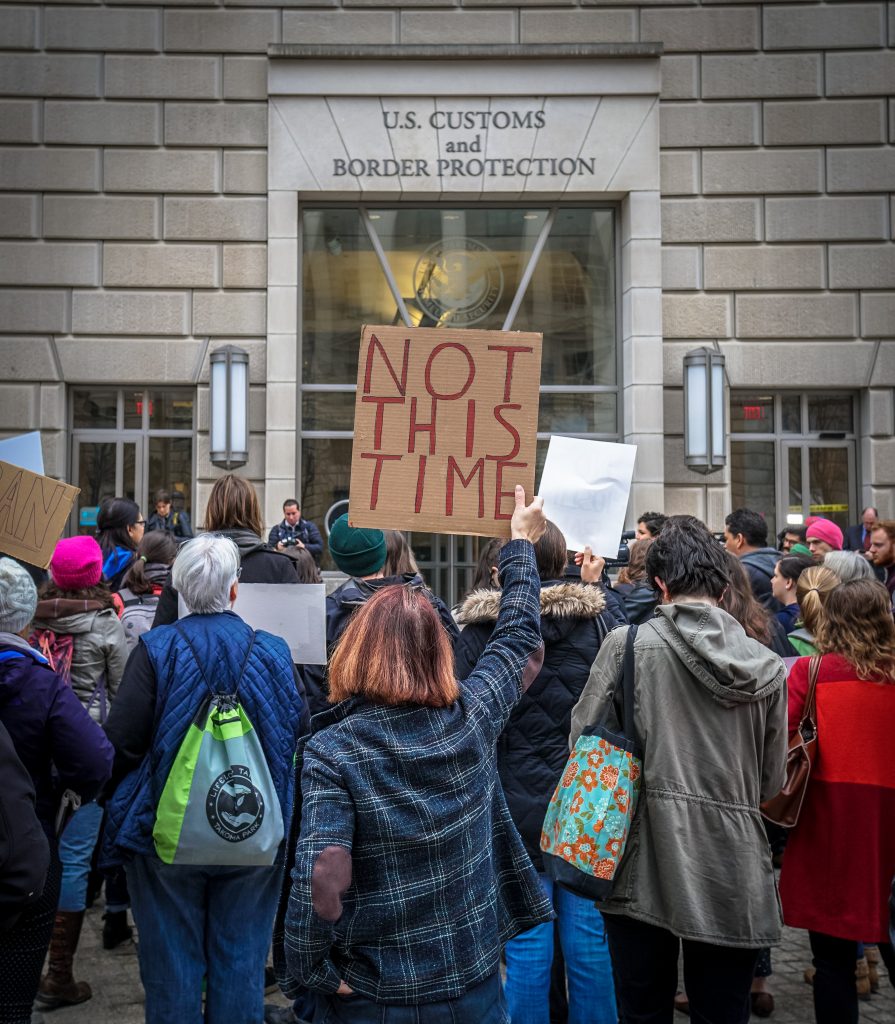 Protest against the Muslim Ban 2.0 in Washington. Flickr/ Ted Eytan.

Along with these legal moves and mass international protests, multiple statements opposing the legislation have been issued across the globe. In spite of this, Trump signed a new executive order on Monday, March 6, which accomplishes the same essential aims as the original order, making only minor revisions in an attempt to avoid the legal pitfalls of the first one.

Whatever the outcome of this debate, one thing is historically clear: It was, no doubt, White nationalism and racism that played a significant role in pushing through the Page Act of 1875, the Chinese Exclusion Act of 1882, the Asiatic Barred Zone Immigration Act of 1917, and the Emergency Quota Act of 1921, all culminating in the Immigration, National Origins and Asian Exclusion Acts of 1924. Internal deportation policies were then enacted in conjunction with these immigration restrictions to reduce the country’s “alien” elements in the decades that followed.

It is no coincidence that Trump’s national (and religious) origins-based immigration and deportation policies, both in the original and revised form, parallel these earlier racist-based policies in conjunction with a revival of White nationalism and racism across the U.S., Canada, Europe and the broader Western world today. Trump’s executive orders effectively reverse L.B. Johnson’s Immigration Act of 1965, which itself was signed together with civil rights legislation to overturn the racist, discriminatory immigration laws of the 1880-1965 era.

In seeming retaliation for their coverage of these issues in his campaign and presidency, Trump blocked some of the most important American and European-based world news sources from a White House briefing, which the Associated Press and Time magazine then boycotted. Comparisons have already been made of such White House strategies to those employed under McCarthyism in the 1950s, as well as communist, fascist and other regimes in world history. Regardless of one’s conclusions regarding such analogies, the move to block such significant world news sources raises serious questions about the transparency of the new Trump administration and its commitment to upholding Western democratic values and ideals.

While Trump’s original and revised executive orders on immigration have raised serious ethical concerns, his order implicitly aiming at Muslim and Hispanic deportation has yet to receive the legal and social attention it deserves.

*Thanks to Lawrence Pintak, Ken Faunce, and Clif Stratton for offering critical feedback on the original draft of this article. I, of course, retain full responsibility for its final form. 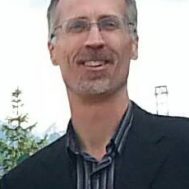