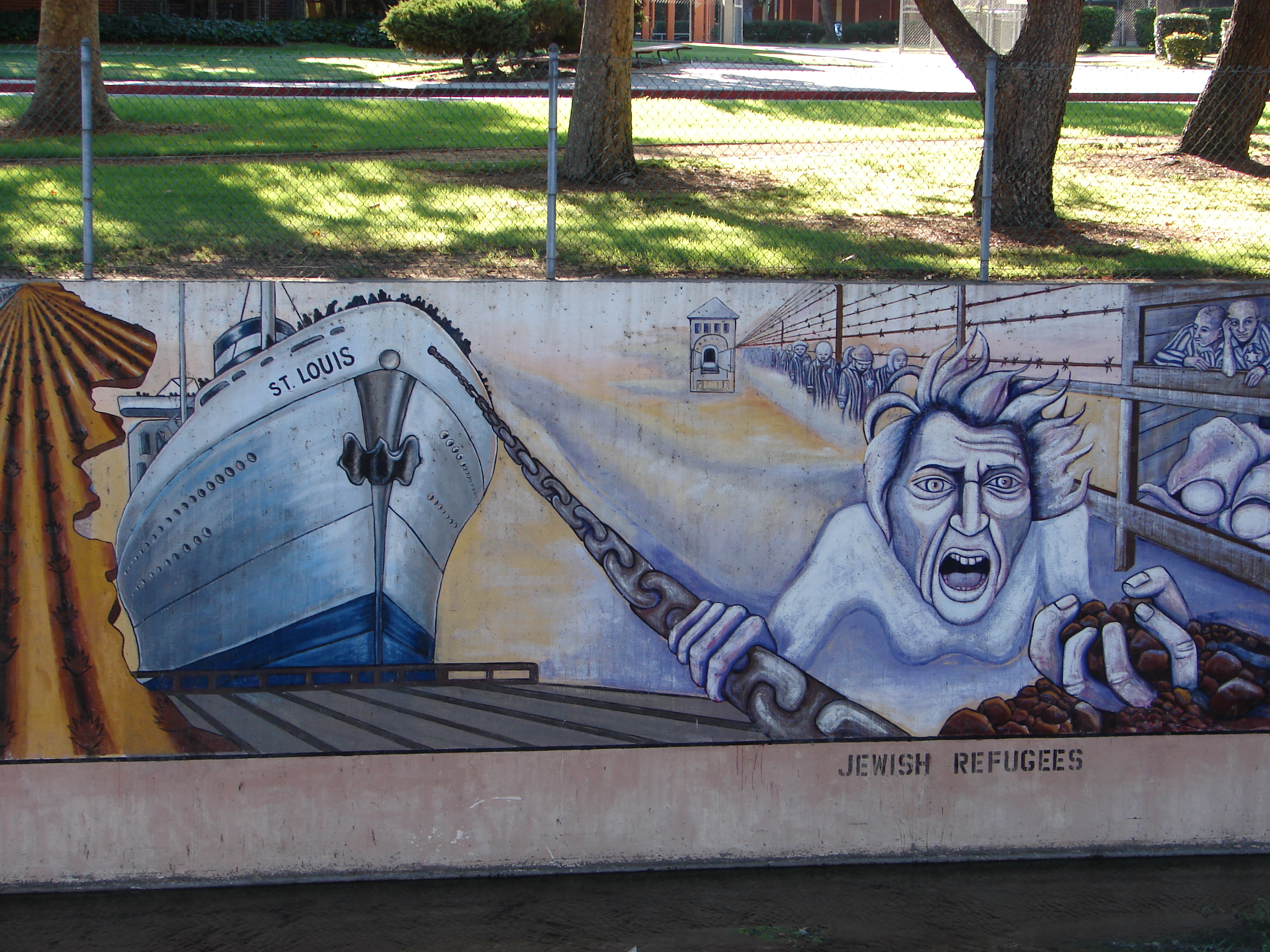 Refugees and Prejudice in the Age of Trump

President Donald Trump’s crackdown on refugees has called to mind comparisons with the Franklin D. Roosevelt administration’s response to the Jewish refugee crisis of the Nazi era. In both cases, members of an ethno-religious group facing widespread prejudice and persecution sought safety in the United States. Both presidents professed a commitment to protecting national security; however, there are substantial differences in the actions they took.

In 1939, the German ocean liner the MS St. Louis, packed with more than 900 desperate Jews fleeing Adolf Hitler, tried to enter Havana harbor. The passengers held Cuban landing permits, but the Cuban authorities, after a scandal over the sale of visas, revoked the permits. The ship then tried unsuccessfully to dock in the United States. Turned away despite entreaties to FDR and his aides by refugee organizations and passengers aboard the ship, the St. Louis steamed back to Europe, where 254 of its passengers would perish in the death camps built two years later.

History has judged this harshly, but it is important to recognize that those passengers did not hold US visas. The waiting list to obtain legal entry to the US from Germany was years long. Roosevelt was bowing to the law, rather than altering it. As my colleagues Richard Breitman and Allan Lichtman showed in their book, FDR and the Jews, US officials had lobbied their counterparts in Cuba to accept the St. Louis passengers, and expected them to find temporary asylum there. Roosevelt had worked hard, mostly without success, to get other countries to take in more Jewish refugees. Under his leadership the US accepted some 200,000 refugees through a legal process he personally labored to expand, and he saved thousands more by allowing them to overstay their temporary visas on a rolling basis that was extended indefinitely. All this was not enough, but Roosevelt made the US the largest haven for Jewish refugees in the world, and he went as far as he thought the anti-immigrant Congress would permit without opening up new legislation that might invite a complete closure of the borders.

Like the Jews fleeing Hitler, Syrians today are escaping persecution and violence, not spreading it

The refugees Trump is turning away, on the other hand, hold valid visas to enter the US. The door to their salvation, opened after an extensive vetting process lasting more than a year, has been almost literally slammed in their faces, as some were detained or denied boarding at the airport. It’s as if Roosevelt had ordered the Coast Guard to board the St. Louis and tear US visas from the hands of the passengers—but nothing like that happened. As a matter of fact, 22 of the St. Louis passengers did hold valid US entry visas, and they were all allowed to disembark in Havana and travel to the US. The visa could mean the difference between life and death, which is why it was so important Roosevelt respected it. This makes Trump’s action unprecedented. His capricious cancellation of the right of visa-holding, vetted refugees to enter the US is more draconian than Roosevelt’s failure to waive immigration laws to admit unvetted refugees without visas.

Trump’s emphasis on “extreme vetting” for refugees is not a new concept. In 1940, Secretary of State Cordell Hull ordered diplomatic officers in Europe to tighten their scrutiny of asylum seekers “…if any doubt exists regarding alien’s activities in the past and possible activities in the United States which might be inimical to the United States, action in the case should be suspended and the alien should be requested to present clear evidence to establish essential facts.” In other words, the State Department imposed a policy of stricter vetting.

This was an onerous requirement that produced further delay and hardship. But it is not comparable to Trump’s invalidation of existing visas and blanket bans on specific nationalities. It is more akin to the George W. Bush and Barack Obama administration’s standards for vetting refugees carefully through multilevel biographic and biometric checks, security screening, and interviews, before permitting them to travel to the US—a system that has produced years of safe refugee admission. Cato Institute scholar Alex Nowrasteh calculated the likelihood that an American will be killed by a refugee in the US at one in 3.64 billion in a year. Like the Jews fleeing Hitler, Syrians today are escaping persecution and violence, not spreading it. 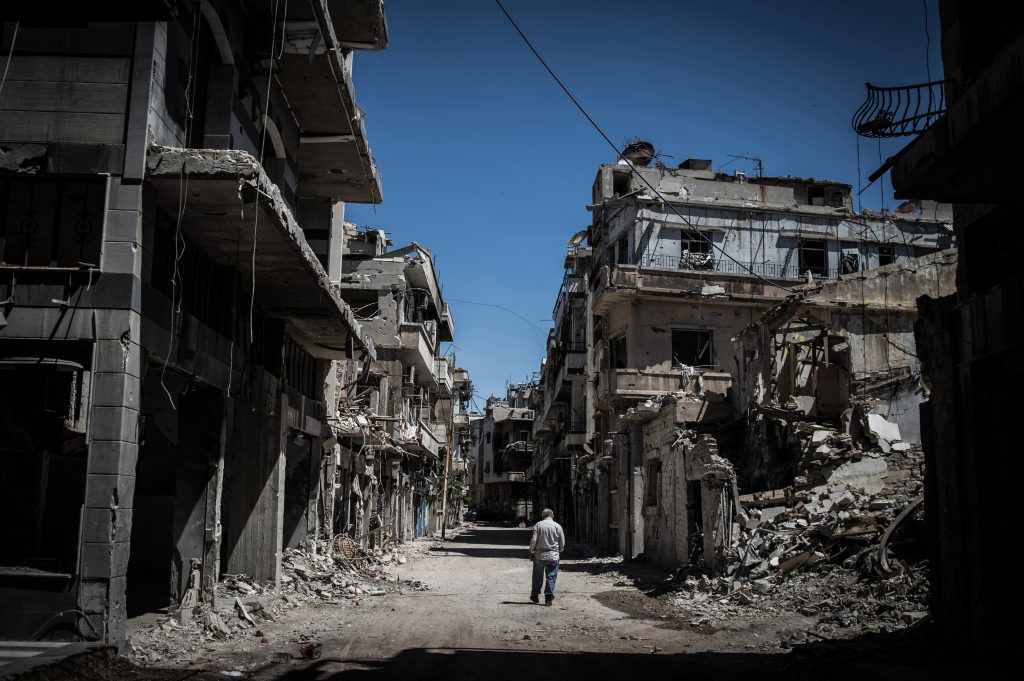 Still, there is something to be learned from the excesses of the Roosevelt administration’s policy on refugees. The process was controlled to a large degree by the Assistant Secretary of State Breckinridge Long , the highest-ranking official dealing with European refugees during the war. In 1940, Long personally authored orders that made it nearly impossible for refugees to comply with the requirements: they could have no close family members left behind in Nazi-occupied territory, for example, and their fear of persecution was deemed all but irrelevant. Long understood that this would cause a “drastic reduction” in refugees, and that was precisely his goal. “The cables practically stopping immigration went!” he exulted in his diary, going on to outline the bureaucratic methods of turning discretionary implementation authority into a means to create a permanent ban. “We can delay and effectively stop for a temporary period of indefinite length the number of immigrants into the United States…[we can] postpone and postpone and postpone the granting of the visas.” As one historian noted, observing that the refugees did not have a powerful representative in the US political system, “All one had to do was wait, and refugees clamoring to come to the U.S. would be converted into silent corpses.”

Long’s motives were a complex mixture of genuine fears for the security of his nation at a time of danger, combined with a prejudiced view of Jews that made him erroneously see them as a menacing group: “They are lawless, scheming, defiant—and in many ways unassimilable… Some are certainly German agents,” he wrote. Nor was Long the only highly-placed US official worried that Jews could threaten US security. At a press conference on June 5, 1940, Roosevelt made it plain that he, too, took the danger of subversives among the refugees seriously.  “[I]t is rather a horrible story but in some of the other countries that refugees out of Germany have gone to, especially Jewish refugees, they have found a number of definitely proven spies.”  The president said the Nazis could prevail upon the refugees with such threats as “you have got to conduct this particular spy work and if you don’t make your reports regularly back to some definite agent in the country you are going to—we are frightfully sorry, but your old father and mother will be taken out and shot.” Though Roosevelt conceded that such cases involved “a very, very small percentage of refugees coming out of Germany,” he insisted that “it is something we have got to watch.”

With hindsight, we know that Roosevelt was wrong about that, and he was negligent in allowing Long to hijack the visa process to effectively bring it to a halt. When that was brought to his attention in 1944, Roosevelt revived efforts to rescue Jews in Europe, appointing the War Refugee Board to come up with every possible measure to save Jews from the Holocaust.  The WRB’s efforts may have saved an additional 200,000 lives. 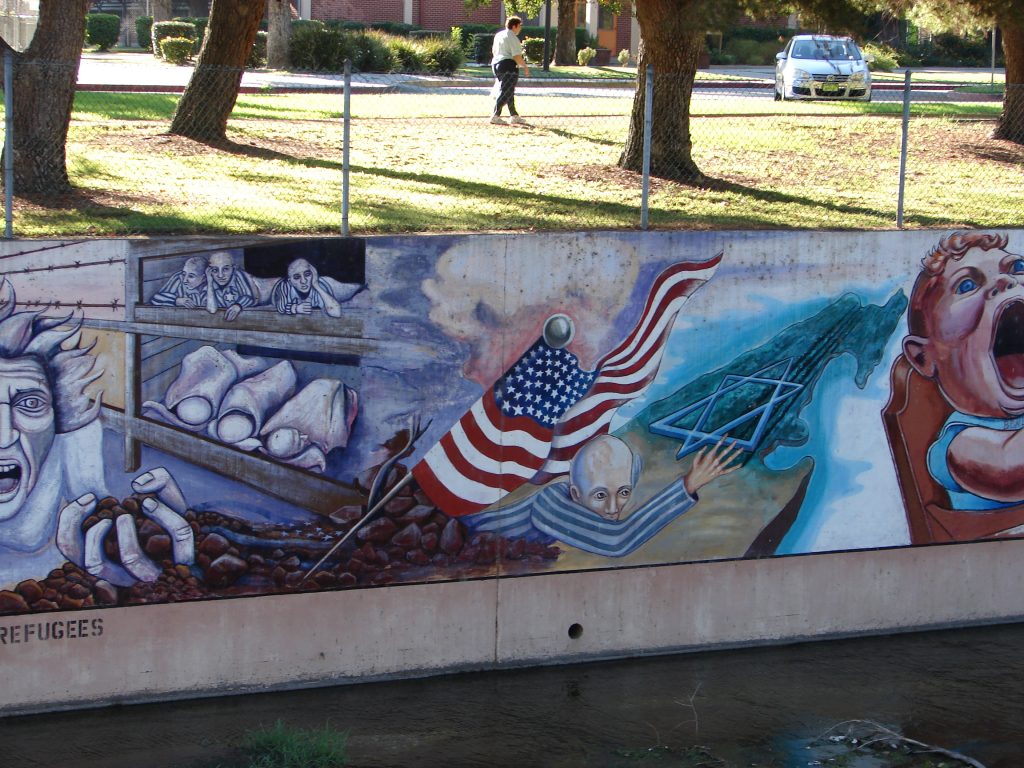 FDR may not have used all the power at his disposal, but his actions on refugees went in the opposite direction from Trump, who has ordered a temporary ban on all refugees, and a permanent ban on those from Syria. History is a process of continuity and change. A sad continuity is the enduring prejudice against ethno-religious outsiders, which today manifests itself occasionally in anti-Semitic attacks on Jewish graves and threats to Jewish Community Centers, and far more profusely and dangerously in the form of Islamophobic assaults on people, property, and civil rights. Another continuity is that some of the high-ranking officials making policy are apparently so afflicted by their prejudices that they cannot make sensible decisions about how best to protect the country. When Trump’s chief strategist Steve Bannon invokes the defenders of the West who stopped the Muslims at Vienna and Tours, and his ex-National Security Adviser Mike Flynn tweets that “fear of Muslims is RATIONAL,” it is obvious that their decisions are colored by their views of Islam.

One major historical change from the 1940s is that instead of having a progressive president doing all he thought he could within the limits of the law to make the US a haven, today the president is apparently among the most prejudiced members of his own administration. He campaigned on a promise of a “total and complete shutdown of Muslims entering the United States,” and claimed that “Islam hates us.” Like Long’s views of Jews as scheming and unassimilable, Trump’s ideas about Muslims appear to explain why he is leading the charge to replace the legitimate security vetting of individuals with blanket bans based on group identity.

The reason history doesn’t repeat itself, but sometimes rhymes, is that the echoes need not be deafening to those who have learned to hear and heed the lessons of the past. We can recognize the negative forces at play, and in so doing, work to defeat them this time around.

Max Paul Friedman is Professor of History at American University and Visiting Fellow at the U.S. Studies Centre at the University of Sydney. He is author of Nazis and Good Neighbors (Cambridge University Press).

Refugees and Prejudice in the Age of Trump
March 3rd, 2017