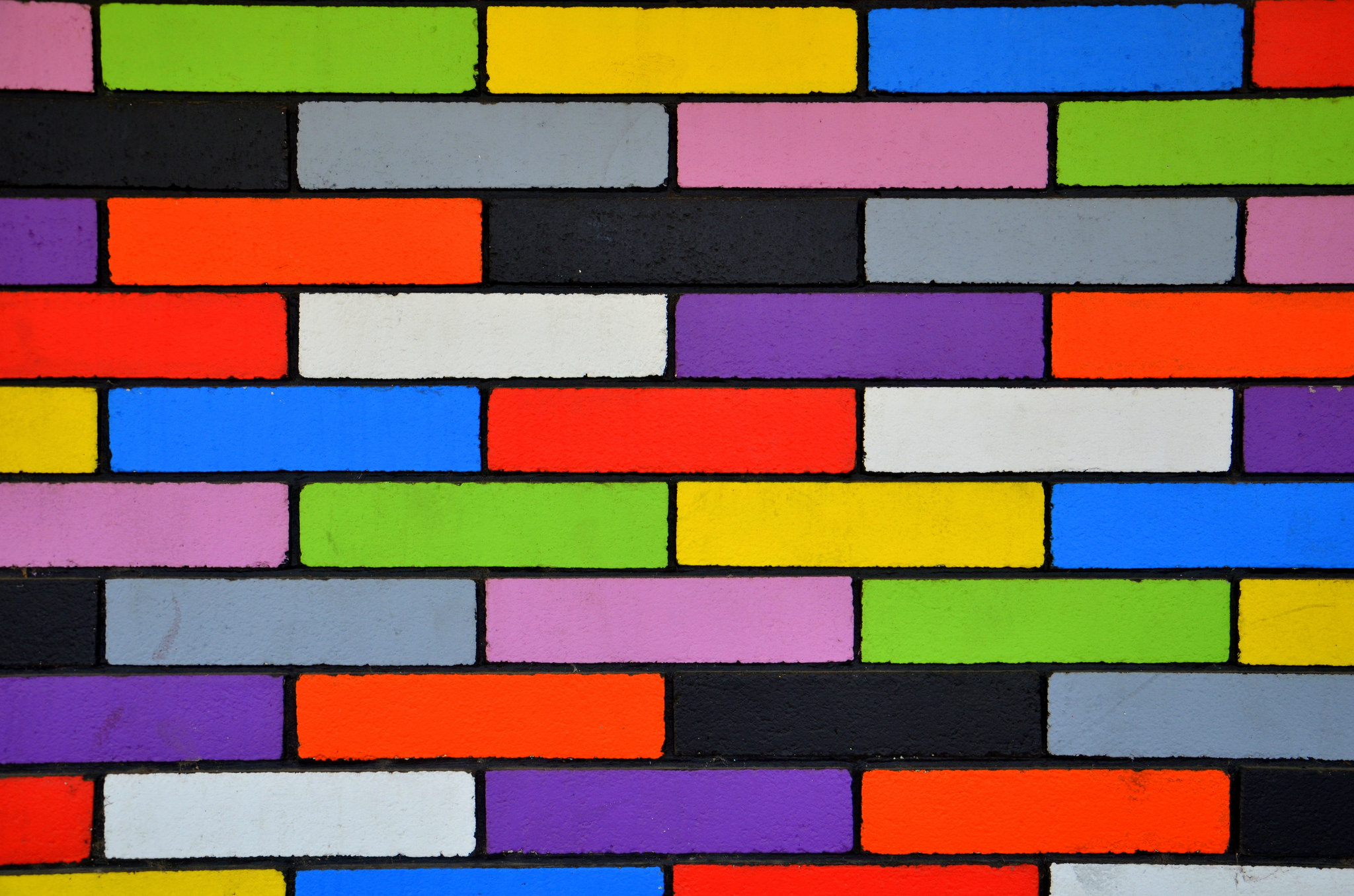 The Politics of Pluralism in the U.S.

There’s a lot of “us” and “them”-ing going on these days. Try as we may, it is almost impossible for you and me to avoid being labeled.  Some labels are simply about us:

They are of mixed race.

They are from California.

They are from Kenya.

They are from Charlottesville.

They are from outside Charlottesville.

Their daughter was killed.

But today’s labels mostly seem to tear folks down, divide and bedevil unity in our communities. Often we call using these labels “prejudice” and “bigotry.”

They are White nationalists.

They don’t believe in free speech.

Those people are terrorists.

They came to my country to take my job.

None of these labels describes the nuances that we know to be true about us as individuals. There are areas in which we are consistent and areas about which we are emboldened to be ambiguous; some labels hold and others do not. And they all, ideally, should nest in the tree of Pluralism.

I am an American patriot.

I believe in free speech.

How shall we describe American pluralism in a time when divisions command the headlines and accusations of “White nationalism” and “anti-free-speech” fly in the face of epluribus unum? What brings us together? What holds us there? How shall we remain democracy’s defender when its practice at home is under a microscope?

Simple answers used to include “our diversity,” “our dreams for a better life,” and “our Constitution.” However, questions are complex and answers may be even more so, especially as we acknowledge that the American example is part of an international phenomenon.

If we didn’t recognize the racism simmering beneath the American surface since the Civil War, it might seem that the United States was a late-comer to the ethnic, linguistic, religious and racial divisions that consumed portions of Europe, Asia and Africa in the late 20th and early 21st century. Alternate voices are emerging that assume credible and equal status alongside the voices of the status quo. Which are majority and which are minority is increasingly difficult to determine.

Jason Kessler, who described himself as a “White advocate” to a New York Times reporter, said that during the August 12 rally he organized in Charlottesville, Virginia, his group had been “forced into a very chaotic situation,” and that “the police were supposed to be there protecting us and they stood down.”

Balancing the voices, needs, hopes and fears of increasingly decentralized communities may be the government’s big assignment over the next decades. A popular euphemism for America’s 20th-century pluralist society was “the melting pot.” We saw ourselves as a vibrant multi-part community into which everyone assimilated into unum.  All were welcome to blend into the American experiment wherein a magical formula of capitalism plus opportunity plus equality equaled democracy. Melting-pot terminology was bandied about with great pride: We had a marvelous mix of humanity where many other countries were homogeneous. In the United States, all people could be accepted into the culture at large. Shared geography, political institutions and economic institutions were to fuse multiple cultures into a new culture, sociologists surmised.

Sometime during the 1960s, the nation was forced to admit that the term “melting pot” was inaccurate. Citizens kept their “old country” distinctions: foods, faiths and family values. Races lived in like-looking neighborhoods. People kept their ignorance of one another intact in many cases. Bias and fear —the parents of racism, sexism and religious discord— were allowed, even encouraged, to fester. In truth, Americans weren’t melted together after all: Not every ore was admitted. Indeed, the pot itself was in meltdown. Civil Rights riots, antiwar protests, free love and political assassinations upended the melting-pot theory.

Next came the “soup bowl” analogy: meat and potatoes, carrots, celery, rice and beans all simmering in a Constitutional broth. In the soup of pluralism, each ingredient would maintain its own integrity, color and consistency, and offer digestible traces of itself to the whole. It was a new concept for integration. But the broth wasn’t thick enough. For example, even if schools became integrated, neighborhoods did not.  Integration did not guarantee a good education for all nor access to the American dream of a job and a home.

In The Price of Inequality: How Today’s Divided Society Endangers Our Future, Joseph Stiglitz takes this to its logical conclusion. 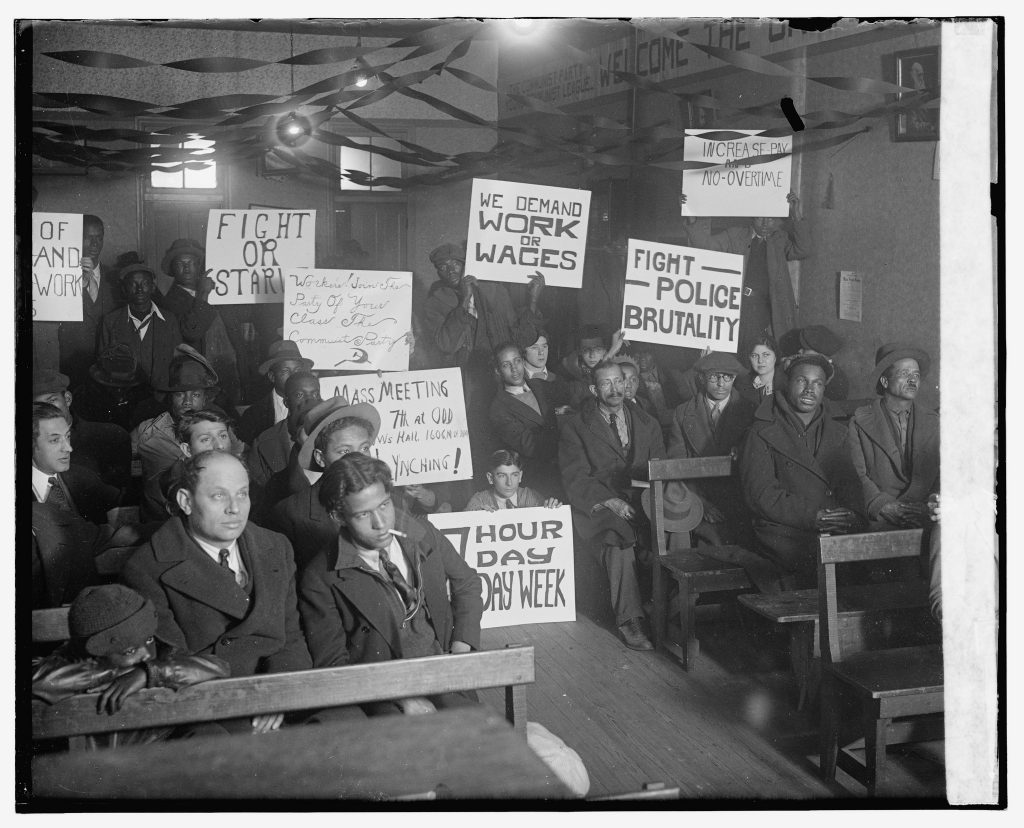 A rally at the Communist Party headquarters in Washington in 1930. >Flickr/Washington Area Spark

Economic segregation also prevails in the “salad-bowl” metaphor. But there’s too much Boston lettuce and not enough okra to get some on everyone’s plate. What’s a chef to do when the dietician insists on a healthy economy?

“A healthy economy is a mixed economy, in which government and the marketplace both play their role,” writes Jeffrey Sachs in The Price of Civilization: Reawakening American Virtue and Prosperity. “Yet the federal government has neglected its role for three decades. Just when the government was needed to chart a course through the twists and turns of globalization … it turned the levers of power over to the corporate lobbies. America’s economic failures are therefore at least as much political as economic.”

Our economy is not mixed and neither are American citizens.

What’s next in the world of gastronomical metaphors for pluralism? Smoothies? Banana splits? Let them eat cake? No.

We have run out of food metaphors for our multicultural, multi-confessional, multiracial society. Instead we should look at the cloth from which we are cut. Literally. E pluribus unumis best likened to a patchwork quilt.

Consider the colors and patterns of stitched-together squares, brilliantly complementing one another with apparent randomness. A large swatch on the upper left is related to a smaller swatch at center right; another piece of that theme is on the next-to-bottom row. Vertical black-and-white stripes appear here and horizontal stripes are there. None of the pieces is identical, still all the swatches carry commonalities. The thematic structural, repeated concentric squares might represent the physical forms we all share: human heart, brain and body. A sample of every fabric is sewn into the exterior frame as if to affirm universal inclusivity.

In November 1996, Gustav Niebuhr wrote on the quilt for the New York Times. In “A Religious Quilt That Is Largely Patchwork,” he asks, “Is the field of religious studies about theology, how believers understand the divine? Or is it more anthropological, the study of regional histories and cultures in which different faiths developed? Or is it social science, heavy on statistics and the charting of trends?”

It is all of the above. He cites Barbara DeConcini, executive director of the American Academy of Religion: “What’s happening now is the extraordinary explosion of pluralism in the culture.”

Is pluralism now imploding, giving way to a determined quest for identity and preservation of unique cultures? Or will identity, pitted against a fierce appreciation for diversity and equal rights for all, recognize there is room for all of the above?

Can unity exist without uniformity?  The answer is “yes,” if Joseph Campbell is correct. The American writer and lecturer best known for his work in comparative mythology and comparative religion, whose work covers many aspects of the human experience, notes that, “If you travel far enough, you’ll eventually meet yourself.”

*Image: The wall of a butcher shop in Australia. >Flickr/Chris Fithall

Anisa Mehdi is an Emmy Award-winning broadcast journalist, a writer and a flutist. Her acclaimed National Geographic documentary "Inside Mecca" is available on Netflix. Anisa writes for Stratfor.com, and consults to the Doris Duke Foundation for Islamic Art and the Association of Performing Arts Presenters. She is vice-chair of the Abraham Path Initiative.