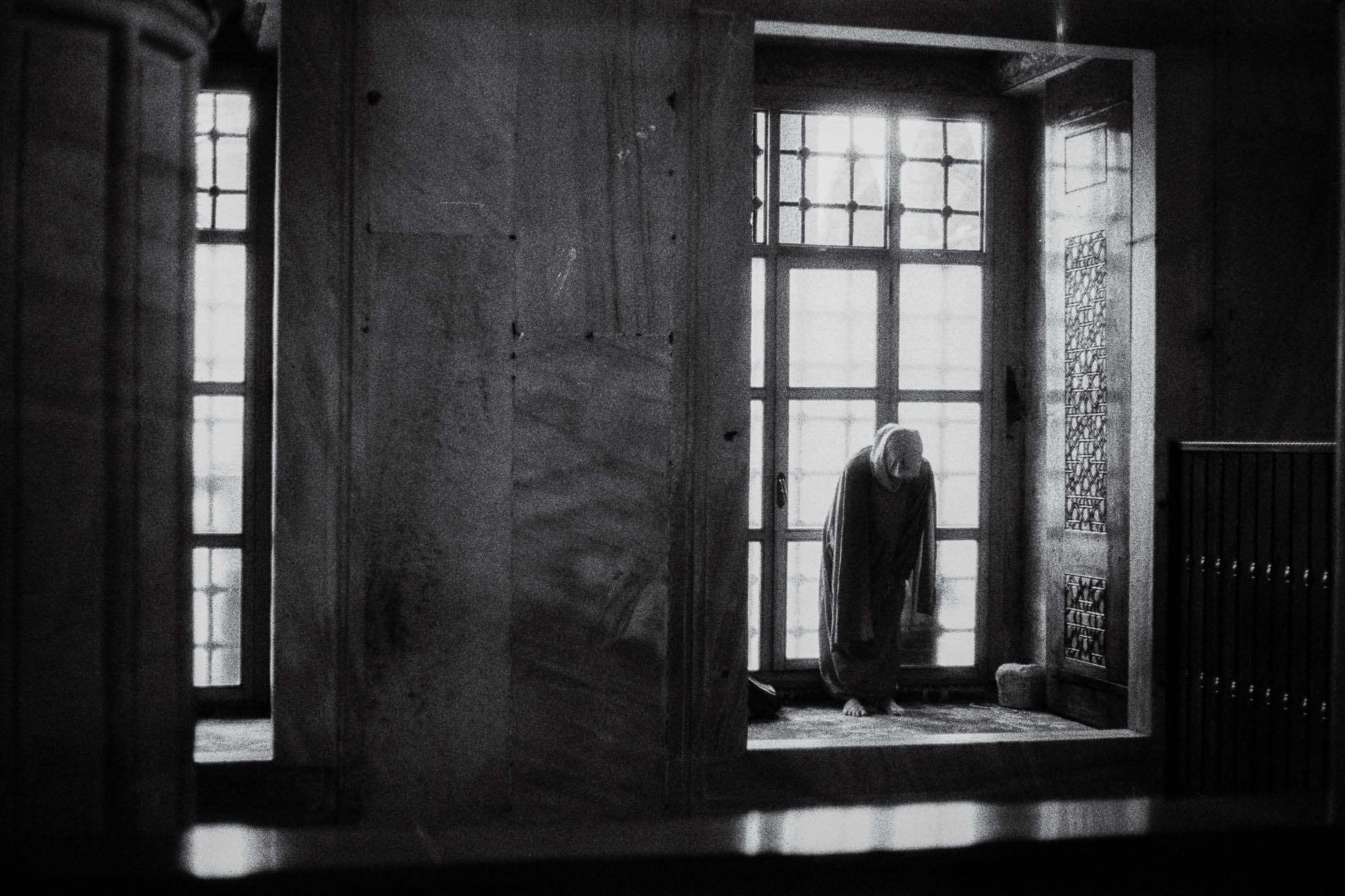 Ignorance of Islam Is Incomprehensible Today

Ignorance is not bliss. It is the hotbed of misunderstanding, misapprehension and mistakes. Recently, I presented a lecture on Islam at a Homeland Security Conference to emergency managers, law enforcement officers, and military men and women. Speaking about Islam as a religion of peace, mercy and understanding is a heavy responsibility, and each time I do so, I grapple with the fear of unanticipated questions.

Unexpectedly, the first question from the audience on this occasion was simple enough: “What’s the difference between a Shia and Sunni?”

In the three-hour lecture, I had avoided addressing the historic Sunni-and-Shia divide, assuming the sectarian wars in the Muslim world forced analysts, authority figures and agencies across the government of the United States to learn the basics of the Islamic faith. I was wrong. In the West, there is still a desire and need to understand Islam and the Muslim world.

On another occasion, in a specialized class on Islam, I presented the beginnings of Islam as a glorious faith that originated in 7th-century Arabia and spanned the world in a few centuries. After two days of intensive training, one participant privately asked me about a Muslim’s relationship with God: “How do you talk to Him?”

One participant asked for a copy of the English Quran. Others wanted me to explore the extremists’ perversion of Islam. They asked about the Verse of the Sword (9:5), which forced me to review the famously cited verse used by extremists to justify their so-called war. Verse 9:5-6 is commonly translated into English as the following:

Kill the disbelievers wherever you find them. But when the forbidden months are past, then fight and slay the Pagans wherever ye find them, and seize them, beleaguer them, and lie in wait for them in every stratagem (of war); but if they repent, and establish regular prayers and practice regular charity, then open the way for them: for Allah is Oft-forgiving, Most Merciful. If one amongst the Pagans ask thee for asylum, grant it to him, so that he may hear the word of Allah and then escort him to where he can be secure. That is because they are men without knowledge.

To better understand the historical context of the verse, I consulted with local imams and a wide range of scholars, who agree that the Verse of the Sword has nothing to do with non-Muslims today or even Muslim leaders considered to be corrupt and unfit to rule. Instead, the Verse of the Sword is very specific. God commands Muslims in 7th-century Arabia to defend themselves and fight against Arab polytheists because they ordered the death of the Prophet Muhammad for not worshipping idols. Thus, the polytheists initiated warfare and tortured, tormented and terrorized the early Muslims. Additionally, the Verse of the Sword emphasizes the divine attributes of mercy and forgiveness. God ordered Muslims to give asylum to anyone, even an enemy, who seeks refuge; present the message of Islam without coercing the enemy to accept Islam; and finally, grant safety to anyone, regardless of faith. All verses of the Quran need to be understood in their proper context.

Engaging U.S. civilians and officers has made me painfully aware of their desire to learn Islam to make informed decisions about individual Muslims or communities, as well as the need for Muslims everywhere to accept the collective responsibility to communicate with others about their faith.

Yet effective engagement requires scholarship and learning the classical sources of the religion. To be fair, the education revolution, or the “take back Islam” movement, has existed for years. Shortly after 9/11, American Muslim and non-Muslim academics, scholars and sheikhs preached the principles of the faith and denounced terrorism in the name of Islam. They lectured and published books to raise consciousness and reconstruct Muslim identity: Khaled Abu El Fadl’s The Great Theft; Karen Armstrong’s Islam: A Short History, Reza Aslan’s No God But God, Muhammad Ayoob’s Islam: Faith and History, and Hamza Yusuf’s Purification of the Heart: Signs, Symptoms and Cures of the Spiritual Diseases of the Heart, to name a few. 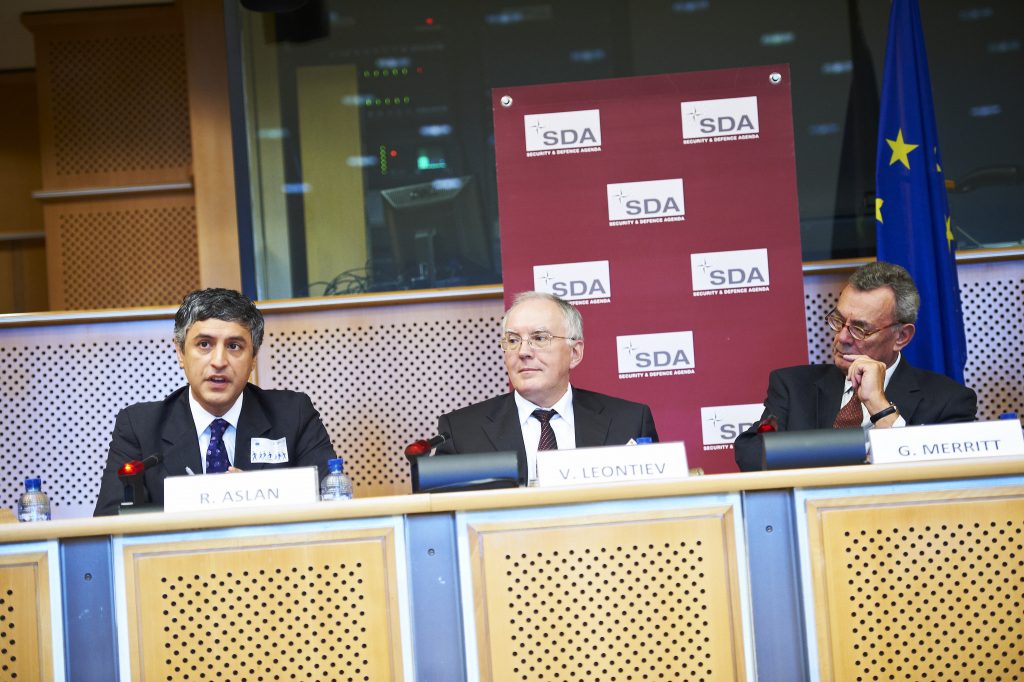 Reza Aslan, a scholar who has dedicated a great deal of time to educating others on Islam, at a 2012 Security and Defense Agenda conference. >Flickr/Security & Defense Agenda

While these books shed light on Islam, not everyone makes time to read. This is why the internet provides short and quick answers: the one-page summary to substitute for in-depth studies of contemporary Islam; handbooks filled with illustrations and a list of key points instead of expansive research reports; real-time fatwas, a one-stop shop for those who simply don’t make the time to study or know Islam.

To be fair, the internet can be a wonderful resource for those looking for historical documentaries, biographies and books. For my last class, I discovered “The Caliph” series by Al Jazeera. For those with less time, there are a number of 15 minutes or less sound-bite lectures by world-recognized Muslim scholars, such as “Becoming a Muslim” by American Imam Zaid Shakir.

Obviously, online resources are not the answer and cannot substitute for learning about a religion with a rich intellectual heritage and culture. As one fellow instructor said to me, “The internet is like a colorful painting that will encourage students to learn how to draw.”

The real solution, as I have discovered, is to learn from a sheikh, scholar or imam — a learned individual with a sound, in-depth understanding of faith. Interviews of other Muslims, including ex-radicals, emphasize the importance of working with a trained man or woman steeped in religious scholarship. Most importantly, this person has to be accessible and trustworthy, a point made by a young sheikh, Saad Tasleem.

After nearly 20 years of teaching Islam, I have also accepted that learning Islam is a call of duty for everyone. It’s an act of service that is essential to helping authorities, agencies and analysts in the U.S. government and beyond understand that Islam is a simple, practical and peaceful religion. The responsibility is not mine, alone, but should fall on every Muslim working in the West, because questions about Islam — the faith and practice — are still prevalent and will be asked of everyday Muslims, in and out of professional circles. When we are able to provide honest answers, we can cultivate love and trust among those who are most ignorant about our faith; with knowledge, we receive respect and kindness from non-Muslims willing to listen and learn; and with the gift of the Quran, we can protect ourselves against criticism and cynicism often expressed by the uninformed and unlearned individuals in our society.

Farhana Qazi is a Fellow at The Center for Global Policy in Washington, DC. She is an award-winning speaker, author and activist. You can follow her work at http://farhanaqazi.com