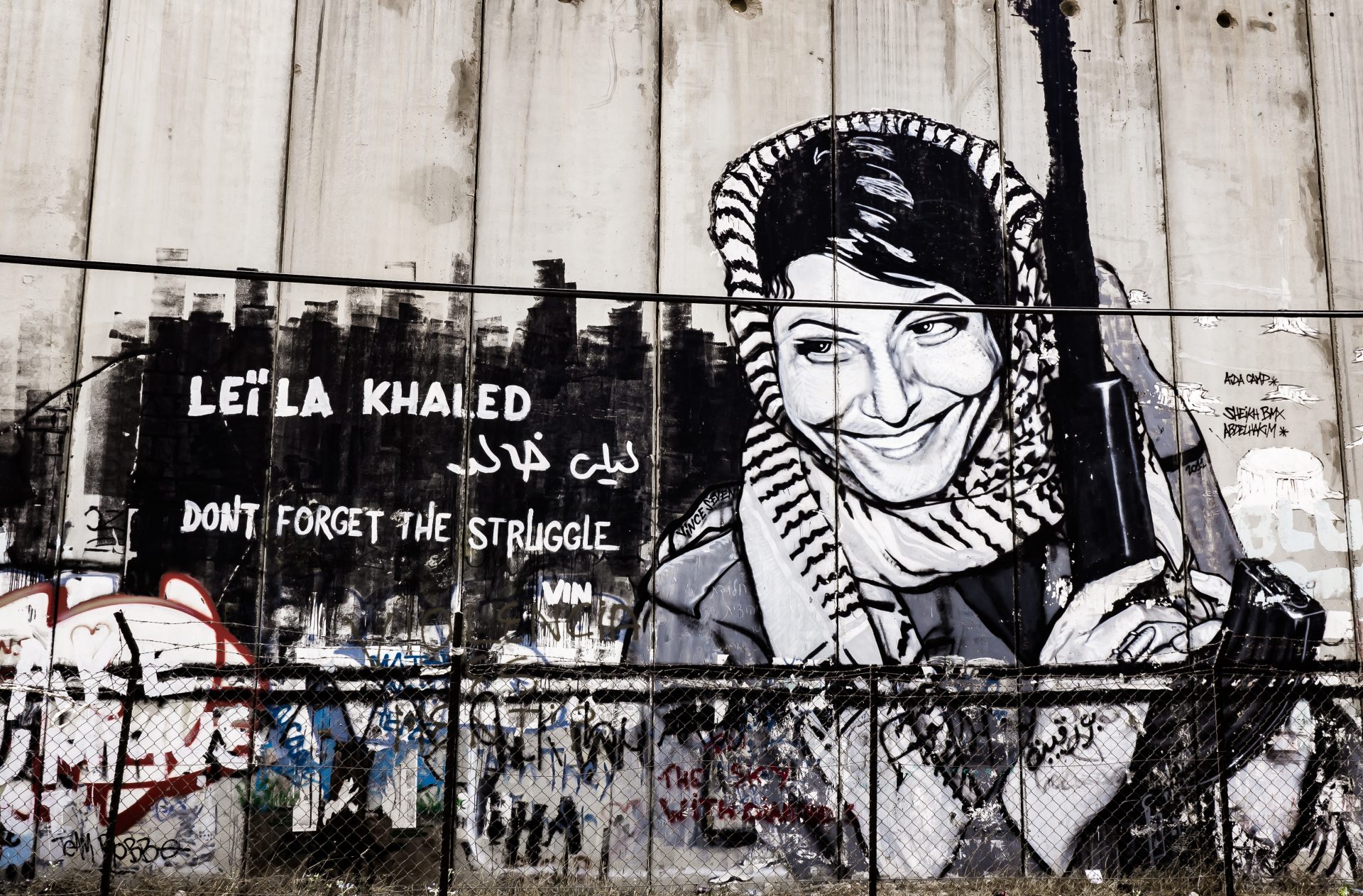 Imperialism, as synthesized by Vladimir Lenin, is the stage of capitalism where finance-capital — the control of industrial capital by the speculative interests of bankers and financiers — uses the state to bash open markets previously outside its control. The imperialist center must make the periphery economically reliant upon itself to achieve successful colonial expansion. To do so, the center undermines indigenous industry in the periphery, and exploits oppressed laborers to produce commodities and raw materials cheaply.

This process is occurring right now in the form of the settler-colonial state of Israel’s occupation over Palestinian land. It is no different from other settler-colonial states, such as Canada and the U.S., where nation-building was predicated on the appropriation of cheap labor and resources. Israel expropriates and commodifies Palestinian land, dispossessing its inhabitants in the process, because it is profitable. The Israeli occupation would be unable to survive without targeting Palestinian labor.

The objective of any colonial power is to assert control over its colonies’ land and resources. The Israeli state has attempted to co-opt Palestinian labor and incorporate it into its economy to allow settlement projects to expand. This means Israel has had to prevent industrial development in Palestine to maintain the subjugation of the population and keep them economically reliant.

The peace processes have played a critical role in the destabilization of Palestine’s economy and labor market, because they have not been about reconciliation, but rather Israel’s security and continued control of Palestinian resources. The Oslo Accords of 1993 marked the decline of the Palestinian economy as well as the acceleration of a de-development process. The Israeli imperatives from the Oslo peace process culminated in three main objectives: control over the Palestinian population and resources, including land and water; control of Palestinian geographic contiguity; the institutionalization of policies of economic integration leading to the political, social and demographic seclusion of the Palestinian people.

The closure policy restricts the movement of Palestinian goods and people through military checkpoints and permit systems, and was implemented as a result of the Oslo Accords. It legalizes Israeli control of the West Bank. The policy divides the West Bank into three sections, each under varying degrees of Israeli control. It allows Israel to use Palestinians for the expansion of its own economy, thereby contributing to mass unemployment in Palestine. In doing so, Israel continues the dependence of the Palestinian territories, depriving them of self-sufficiency and independence.

The Palestinians forced to cross checkpoints to attempt to generate an income to sustain their livelihoods are dehumanized. Since the 1967 occupation of Palestinian land, Israeli military checkpoints have been established and expanded to actively control the movement of people and goods. They are crucial to the exploitation of Palestinians. There are military checkpoints at the entrances and exits of the Jordan Valley, which create a barrier for approximately 73% of Palestinian laborers, as they need to cross the checkpoints daily in order to work in the settlements. Over 52% of the workers that manage to pass through the checkpoints spend between 30 to 60 minutes waiting each day, substantially increasing their commute. 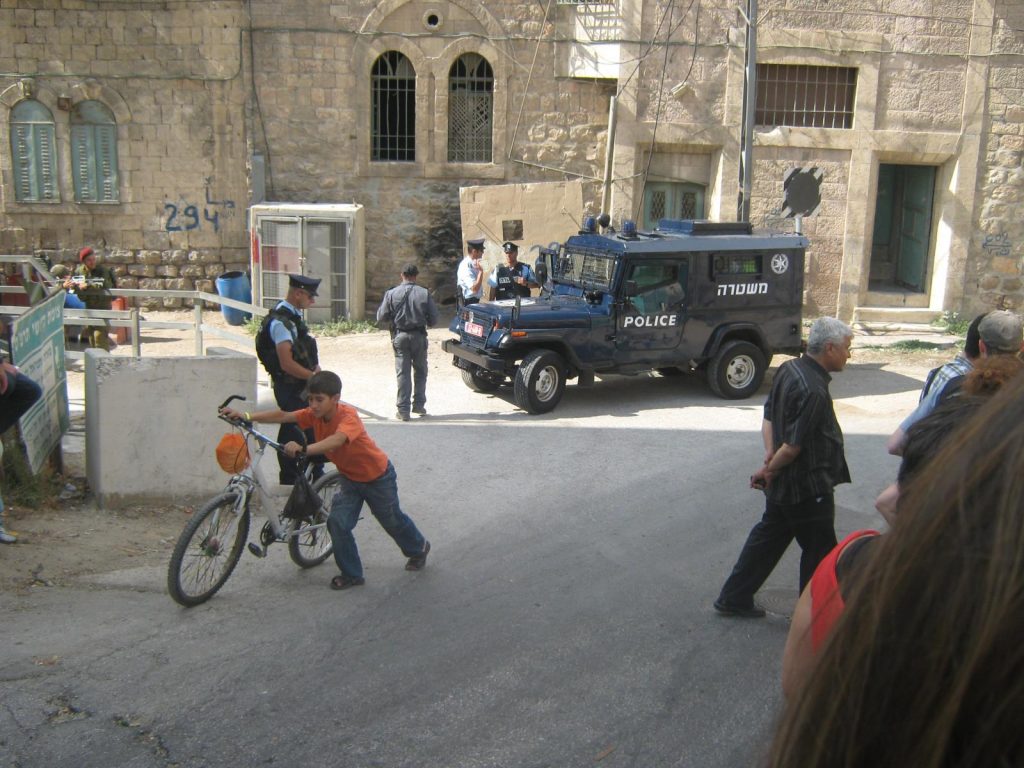 A military checkpoint in Hebron > Flickr/NeilUngerleider

The process of obtaining work permits is strenuous. Each year, the government publishes the quota of permits that will be issued, per sector and nationality. Permits are granted for a limited time and for a specific job. To obtain a work permit, employers must make a request to Israeli authorities to hire a Palestinian, theoretically having to show that no Jew is available for the position. Applications must be approved by the Ministry of the Interior and the civil administration, the Israeli body of the army in the Occupied Territories. The criteria is prohibitive. Indeed, to get a permit, Palestinians must be at least 35 years old (25 for industrial workers), be married and have no record of “offense to the security of Israel,” knowing that from 1967 to 2000, 40% of Palestinian men experienced Israeli military prisons.

Restrictions make it difficult, if not impossible, for younger workers to obtain permits, forcing many to enter illegally or buy them on the black-market. Abuse of these “illegal” workers is common: they face live fire from Border Police, and, if caught, are subjected to hours of arbitrary detention involving degrading treatment, severe brutality and even torture. At least 40% of the Palestinians who enter Israel daily to work are doing so without a “permit.”

Israeli restrictions on Palestinian freedom of movement and labor market access have perpetuated staggering unemployment and poverty rates in the Jordan Valley and the rest of the occupied West Bank.  The occupation has left very few opportunities for Palestinian families other than to send their children to work on the farms of illegal settlements, where many of their parents also work. Knowing that families rely on the work, Israeli settler employers exploit the labor of Palestinian workers, including children, to keep production costs low.

All of the settlement’s industrial zones require a cheap, mobile labor force. The jobs that they produce are extremely precarious, depending on the Israeli market and political situation. The industrial zones are growing rapidly, and by 2025, as many as 500,000 Palestinian laborers are expected to work in these zones.

In the case of agriculture, economic activity in Israeli settlements has been powered and sustained by thousands of Palestinian laborers, whose high levels of experience are exploited by settler employers who pay insufficient wages and ignore the workers’ rights. Currently, a total of 9,500 Palestinians work in agriculture in the settlements, 1,800 of whom are employed in the Jordan Valley.

This has also created a situation where farmers are forced to obtain permits to work their own lands behind the Wall or near settlements. Applicants must satisfy security considerations and submit land documents to prove a “connection to the land.” Those that obtain permits are often only allowed on their land for limited periods during the harvest season, making the sustainability and maintenance of farmland nearly impossible. 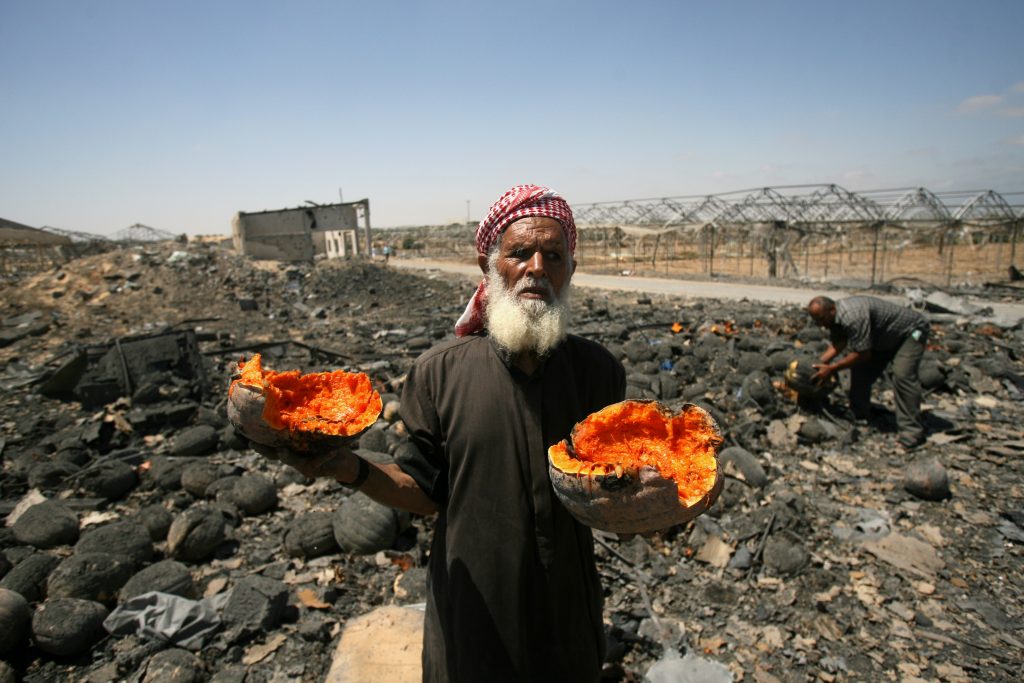 Israeli labor courts and the Supreme Court of Israel have ruled that labor law protections also extend to Palestinian workers in settlements. Israeli military orders have incorporated some domestic labor laws, including on minimum wage and “foreign workers,” to Palestinians working in settlements in the occupied West Bank. However, there is a lack of enforcement by Israeli authorities. According to a 2015 Human Rights Watch report, Israel did not conduct a single labor inspection in agricultural settlements in 2013, and few or none since at least 2010. Israel has continuously turned a blind eye to the precarious work conditions of Palestinian workers in the agricultural sector.

The Complicity of the Palestinian Bourgeois Class

International development agencies have failed to confront the Occupation. Instead they are working in the West Bank, with Israeli support, to maintain the current situation and make it sustainable by improving the movement of goods and labor between the ghettos, and investing in industrial zones.

This course of action is acceptable to the Palestinian bourgeois class, which has avoided the economic stratification that has led to the dire situation of the working and peasantry classes. In a January 2014 Alshabaka article, Tariq Dana, a senior research fellow at the Ibrahim Abu-Lughod Institute of International Studies at Birzeit University, argued that since the implementation of the 1967 occupation, the Palestinian bourgeoisie have engaged with normalization projects to accumulate wealth as subcontractors for Israeli companies. For example, according to a June 2013 study by Issa Smeirat, a Palestinian scholar, Palestinian capitalists are investing in industrial settlements such as Barkan and Ma’ale Adumim.

The consequences of the neoliberal approach to governance have led to the centralization of political and economic power in the hands of a corrupt political elite. As such, the West Bank’s dire economic situation can be partially attributed to the Palestinian Authority’s (PA) corrupt institution and capitalist rule. The PA has served and maintained relations with the bourgeoisie and the political elite, at the expense of most Palestinians.

It is no surprise that Israel values the generation of profit through exploitation and displacement of the indigenous population, but the Palestinian national bourgeois also have a stake. Strategically, the interest of the Palestinian bourgeois class is against the revolution. A successful revolution would entail the dismantling of colonial-imperialist rule, leading to the destruction of sources of wealth for the Palestinian bourgeois class. This is not to say that other Palestinian classes, such as the petit-bourgeois, the class that owns or rents the small means of production, such as small shop owners, lawyers, engineers, cannot be an ally in the liberation struggle, as they have historically contributed to armed resistance and the national movement. Yet the Palestinian working and peasantry classes must be the ones to lead the national movement for justice.

The Necessity of Class Struggle

Israel is undoubtedly a capitalist-colonial regime. The occupation sustains the Israeli economy by turning a profit through the exploitation of Palestinian labor. As such, the adoption of a socialist paradigm in the liberation of Palestine is essential to ensure that the system of capitalism does not continuously exploit Palestinians in the same way the Israeli occupation has done. The national liberation struggle must adopt a class-based lens to provide justice for the often ignored Palestinian working and peasantry class who have faced the brunt of Israeli settler-colonialism and occupation. This is the only way to promote the unity among Palestinian people needed for the struggle against corruption, tyranny and foreign intervention.

*Image: A mural of revolutionary Leila Khaled on the wall in Bethlehem. Flickr/Edgardo W. Olivera. 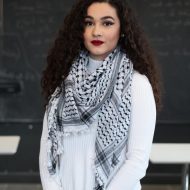 Lina Assi is an undergraduate student at McMaster University pursuing a double major in Labour Studies and Political Science. Lina is also the President of Solidarity for Palestinian Human Rights McMaster (SPHR). SPHR is a non-profit, student-based organization that advocates on a strong social justice platform to uphold the rights of the Palestinian people. She has been active in Palestinian activism in Ontario for four years, organizing events such as Israeli Apartheid Week and other pro-Palestinian initiatives.