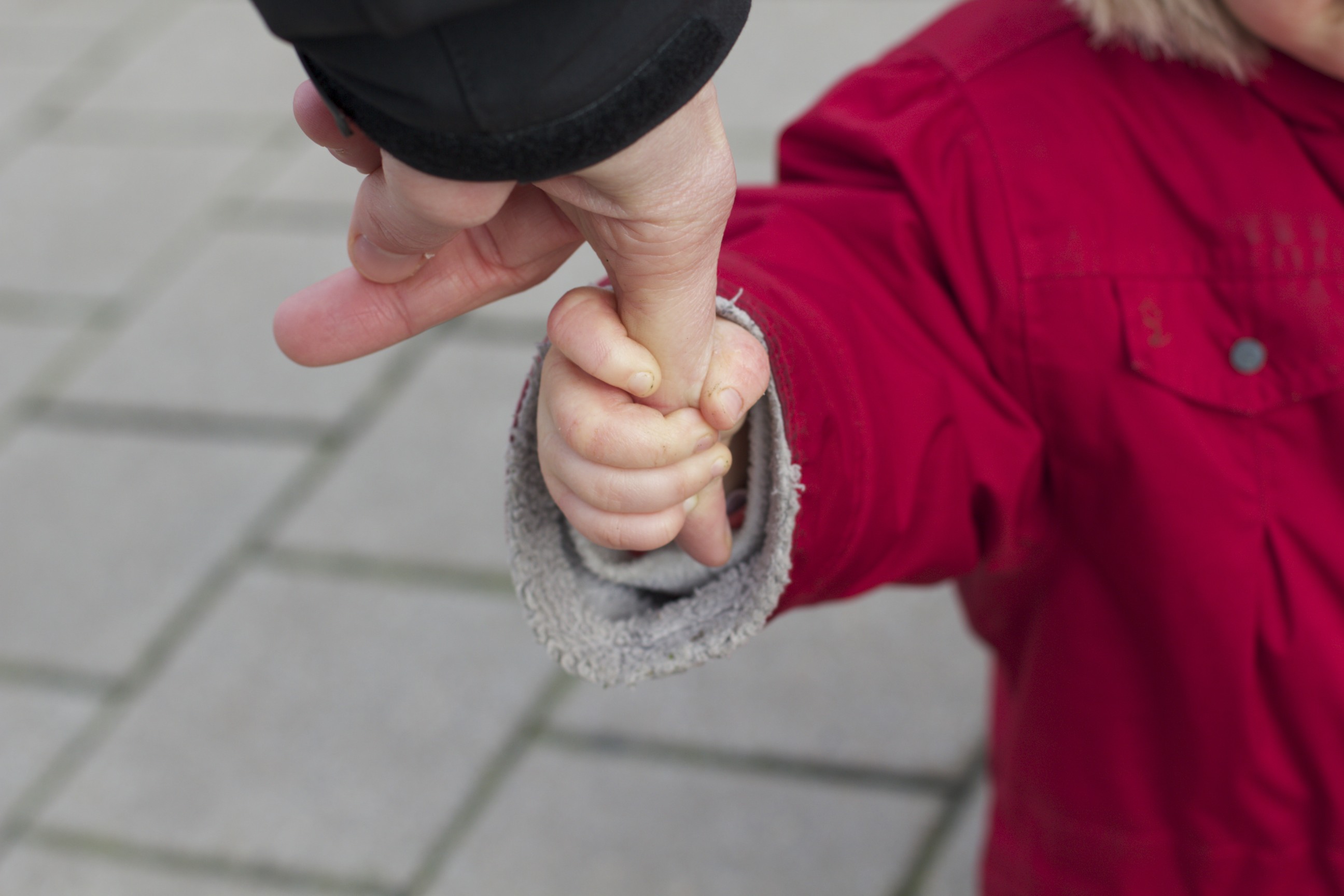 The Only Thing to Fear is Fearing Fear Itself

September 11, 2001, is a date that Americans will say for generations changed their lives forever. The consequences of that day are seen in many aspects of daily life, from flying to how we treat refugees. Many of the changes in how we behave as a society have been slow, yet pronounced; it is only after each ripple has made its way through that we can see the lasting effects of each wave of societal or behavioral change. One such change is in the shift of the American style of parenting, from relaxed and free-range to more protective and helicopter.

Protective, helicopter-style parenting is generally considered normal among Americans who’ve only parented in the United States. However, many Americans moving back to the States from extended living arrangements in the Middle East and western Asia have a hard time adjusting to the style, which they find is restrictive and discourages personal growth and responsibility among small children.

That’s according to studies by Dr. Jesse Viner and Matt Zajechowski of Yellowbrick, a psychology and treatment program for young adults. Their survey of 100,000 college students concluded that 84% felt overwhelmed with their responsibilities. The researchers concluded that rising numbers of helicopter parents are to blame. A helicopter parent does things for his or her children that they can do themselves. Such parents might think they’re helping their children because they’re lightening the children’s load and allowing them to be more carefree and happy. However, the opposite happens. By not allowing children to complete tasks or functions they are capable of completing, the parent is actually making it harder for them to balance their priorities as an adult.

As a recently repatriated American and a mother of three small children, I have found it difficult to adapt to and follow all the recently implemented unsaid rules of parenting. From heavy classroom participation to schedule overload and not allowing your children to leave your sight until they are old enough to vote, you’re expected to micromanage every minute of every day and ensure 100% parent participation and child satisfaction.

This is a drastic change from what I was used to in Dubai: relaxed, children roaming along at all hours of the day and night in groups of youngsters of similar ages, parents leaving children home alone at young ages or allowing those as young as 6 to watch over their smaller siblings. Helicopter style isn’t on par with how I grew up in South Carolina in the 1980s; it perplexes me. However, there are many studies that confirm what I am witnessing: American children have less freedom and more parental hovering than children in the Middle East and western Asia, regardless of where their parents were born. 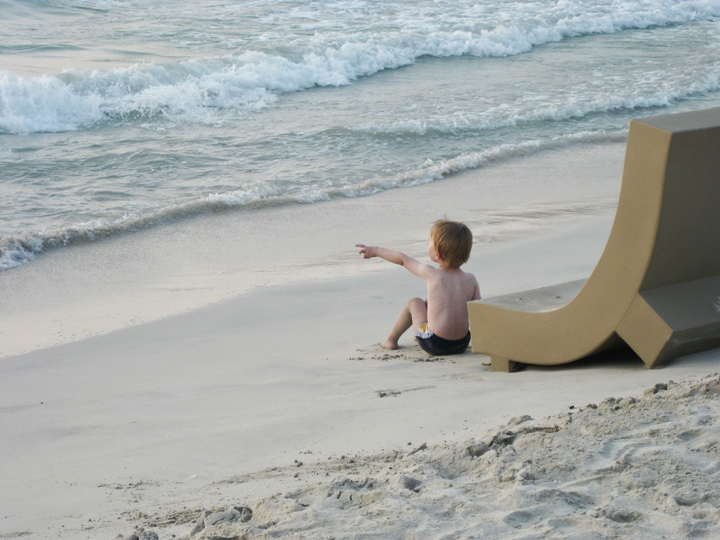 This change happened after I became an adult and while crime rates fell to all-time lows (with the exception of a few cities), child abductions are down and American life is pretty safe. So what is it that is causing American parents to shift themselves into roles that are not easy to fill, and a style that demands constant attention and schedule overload?

There are many contributing factors to this shift in parenting, but the initial shift started in late 2001 when every American watched the attacks on New York City. This single event led to changes in our society that would ultimately influence parents to feel that they had to become helicopter parents to ensure that they were properly protecting their children. Dr. Ashley Marie Nellis studied the effects that watching the news had on fear of terrorism, and concluded that Americans who were exposed to the news on a regular basis were more afraid of being the victim of a terrorist attack, or had a heightened sense of how afraid they should be, even if they were aware of studies showing that the risk was actually very low. So how could the events of September 11, 2001, and what some may call an unreasonable fear of terrorism, influence parents so drastically that parenting styles shifted from one end of the spectrum to the other within a matter of 15 years? Such a heavy shift that parents who’d been outside the U.S. as expatriates were finding parenting to the American standard to be exhausting.

Allow me to introduce negativity bias and fear-mongering media practices, and how they influence your brain. The two are very important and can unfortunately change the way you view the world around you, and alter your behaviors to reflect a situation that your brain tricked you into thinking is worse than it actually is.

Negativity bias was studied at Ohio State University in 1998 and showed that if you’re shown equal amounts of negative and positive news, or neutral and negative news, your brain will react and remember the negative over the positive or neutral. With negativity bias and fear-mongering or biased media practices, we’ve set ourselves up for a negatively uninformed public, many of whom are parents of small children. An article that I wrote this year, “The Dangers of Irresponsible, Fear-Mongering Journalism,” examined a video released by Fox News Business stating that GEMS primary schools in Dubai (British curriculum private education offered all over the world, there’s even one in Chicago), were receiving funds from the Clinton Foundation (this part was true) and that they were then using part of those donations, as well as fees taken from parents for their children’s education, to pay for religious taxes that were then used to fund jihadist groups and Islamic terrorism. As the parent of three children who attended private schools in Dubai (the one in question was in my neighborhood), I can attest that they weren’t charged a religious tax. I confirmed this by obtaining a copy of tuition from a GEMS student, as well as contacting the school and parent association, to prove that Fox News had only tried to sway its audience based on the presidential election. Its video was an attempt to make a presidential candidate look less favorable to the American public and made no effort to offer any form of factual evidence (the media rep was unavailable for comment).

Although many parents would argue that they keep a close eye on their children because times are changing in a negative way, I can’t help but wonder how much of this view of changing times has to do with misinformation, fear mongering and media bias. If the news says you’re at risk of something terrible, you may take measures to prevent that terrible thing from happening, even if that terrible thing isn’t even that likely to happen to you, or anyone for that matter. This would in turn cause you to overcompensate to ensure that your children are safe as well.

Another factor could possibly affect fear perception and changing parenting styles: social media and access to constant flows of information, which also ties in the circulation of biased news or false news. All of this after 9/11 has the same effect as simply watching the news on the television. A study conducted at the University of Freiburg in Germany found that news on social media used framing techniques to emphasize a particular aspect of a story and downplay others. In other words, telling a story to get a reaction.

From the events in 2001 to fear-mongering or biased media, sensationalism and heightened risk perception, it can be hard to move back to the U.S. and continue raising your children the way you did in the Middle East or western Asia. However, many who’ve repatriated understand these practices after only a few news segments. I was in shock after watching my first full news broadcast last year; the difference of sensationalism from when I was a child in America was noticeable. I think for now, I will continue to raise my kids the expat way, with a little American style mixed in. I’ll just continue to hope that my neighbors don’t call the police because I let my children walk to the mailbox alone.

Morgan Carver Richards is an an Anthropology student at ASU and a mother of three girls. She produces videos about her experience moving back to America from Dubai. http://morgancarverrichards.com/

The Only Thing to Fear is Fearing Fear Itself
May 8th, 2017