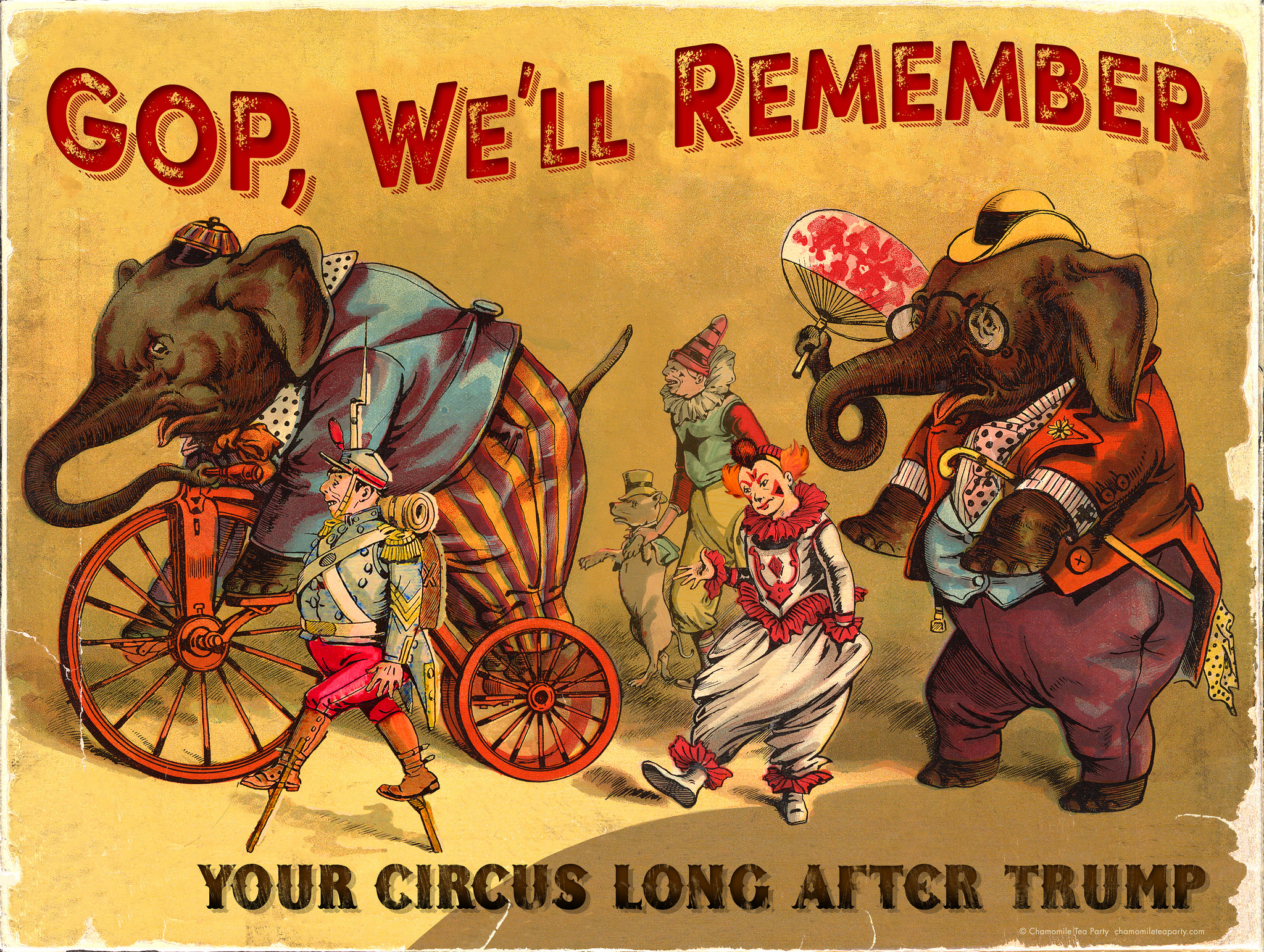 Trump’s American Exceptionalism is a Return to the Dark Ages

It is no measure of health to be well-adjusted to a profoundly sick society. — Jiddu Krishnamurti

In the eight months since Donald Trump was sworn in as president, there has been little evidence that his slogan “make America great again” has benefited anyone in the country, besides his own family and friends. Instead, his ongoing divisive rhetoric and rebuttals against “fake news” have further widened the chasm of antipathy across the nation.

Die-hard Trump constituents, quietly brooding over continued hardships, have ramped up their unqualified support, despite, or perhaps because of, the negative portrayal of his efforts. Ideological foes, resisting him at every turn, are convinced he will carry the country to hell in a hand basket.

Meanwhile, all Americans are being anesthetized by the epic and unending wars in Iraq, Syria, Yemen and Afghanistan, terrified by the unpredictable gamesmanship of North Korea, and confounded by the existential threat of nuclear confrontation with Russia.

While these horrendous events are being staged largely in the “Muslim world” and thus deserving of scant coverage in the media, the gut-wrenching topics that directly affect the quality of American lives remain in a death-defying suspension, especially the issues on which the election was pinned. Health care reform — one of the most polarizing election slogans — heads down a perilous vortex, the infrastructure stagnates, the environment asphyxiates, and the promise of job creation remains a cruel hoax for the countless believers who had yearned for the dignity and respect that comes from making a living wage and self-sufficiency.

Xenophobia is the only diet into which Trump’s disaffected followers can sink their teeth. Those who had felt marginalized and voted for Trump, expecting to improve their lives, are primed and programmed to scapegoat immigrants and Muslim refugees, well before (if ever) the “great” jobs materialize. Meanwhile, those who had denounced Trump as a charlatan burn with rage over his inability to act as the leader of the “free world” and stand up against Russian interference in our elections (a charge predictably denied by Russian President Vladimir Putin).

The issues of racism, xenophobia and jingoism raise questions about the intent of “make America great again.” If these extremist views reflect a dark side of America, how do they compare with other vastly divergent views on American exceptionalism?

In his article in The Atlantic (Feb. 2, 2017), How Trump wants to Make America Exceptional Again, author Peter Beinart closely examines Trump’s vision of America, compared with other recent leaders.

Mitt Romney said, “It is our belief in the universality of these (God-given) unalienable rights that leads us to our exceptional role on the world stage, that of a great champion of human dignity and freedom.” Newt Gingrich said it is America’s unfettered capitalism. And former President Barack Obama said it was for its ever-expanding circle of inclusion.

Meanwhile, Trump and travel ban architect Stephen Miller are defining a new and constricted American exceptionalism. It is undeniably deviant in focus and jingoistic in tone as it aims to “keep this country from falling into the same trap as happened to parts of Europe” and contends that “if current trends continue, American Muslims will prove just as dangerous and unassimilable as their European counterparts,” Beinart writes.

Trump describes an exclusive American exceptionalism, represented by an overwhelmingly Jewish and Christian population. To drive home his biased vision, he recently rabble-roused and baited a Polish audience with his demagoguery. “The fundamental question of our time is whether the West has the will to survive.… Do we have the desire and the courage to preserve our civilization against those who subvert and destroy it?” 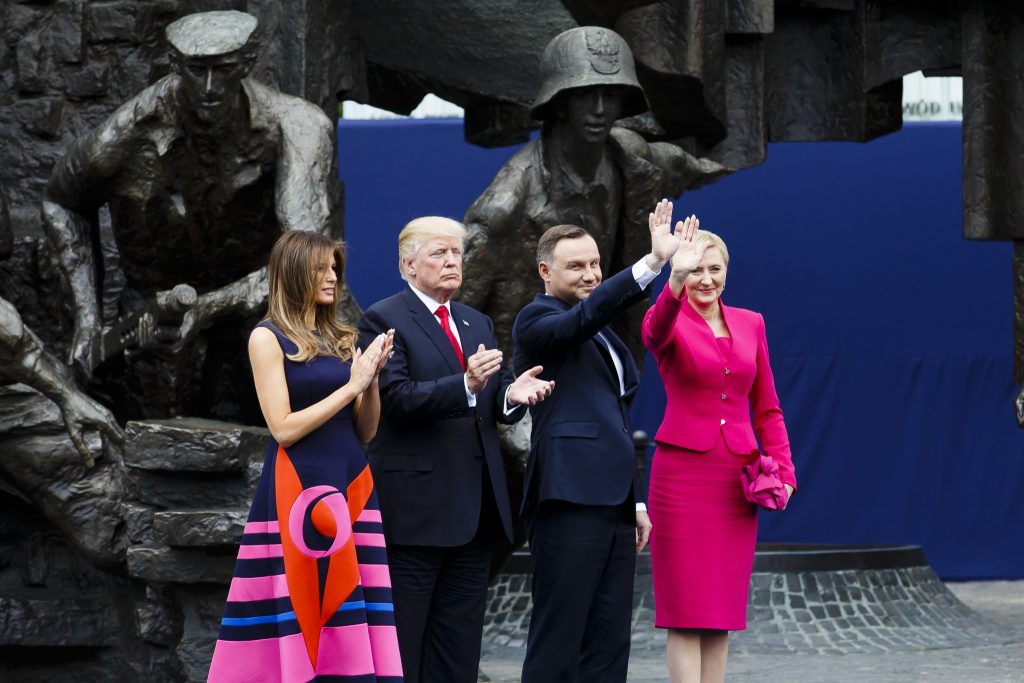 Rhetoric that is posited as a travel ban on Muslims, a proposed “Muslim” registry and the possible internment of Muslim citizens buttresses Trump’s worldview of American exceptionalism. Such polemics were once the hallmark of the Crusades and are a throwback to the Dark Ages. All humanity, not just Americans, need to recognize that the hatred, fear, bigotry and ignorance being propagated by the current leadership are the same malignant values resuscitated from the dustbin of history, and recently on global display in Charlottesville, North Carolina.

Such values are a sad and atavistic reminder of a time when demonization of Jews nearly extinguished their civilization in Europe. It is thus an act of supreme irony that it is Muslims — who through their magnanimity, inspired by the Scriptures that they used as their moral compass then as they do today — provided sanctuary to the persecuted Jews, yet are being vilified and propagandized as an existential threat to the rest of humanity. With Muslims’ universal condemnation of extremists in their midst, Americans across the great divide must analyze Trump’s interpretation of American exceptionalism. How is his vision consonant with his quest to make America great again? Does it reflect American values, and keep the American Dream alive? Or is this the last hurrah for a great country whose leader’s myopic vision betrays its Constitution? It begins with a soft target of ostensibly attempting to resolve an unsettled medieval score against a religion, in which Islam-bashing is exercised with gleeful impunity, but the end game for which this serves as a convenient decoy is a more primordial target, namely the permanent entrenchment of institutionalized racism!

In Trump’s grandiloquent sermon to the United Nations General Assembly on September 19, replete with fire and brimstone, he excoriated North Korea, Iran and Venezuela for wide-ranging “evil activities” but did little to persuade the world body that racism in the United States is not a monumental problem; and that as barbaric as ISIS is, there is an on-stage “live” genocide of dark-skinned Rohingya Muslims in Myanmar on which he remained conspicuously silent. Evidently this is not in his script on American exceptionalism.

Mary Lahaj holds a Master’s degree in Religious Studies, is an educator and first Muslim woman chaplain on staff at Brigham and Women’s Hospital.