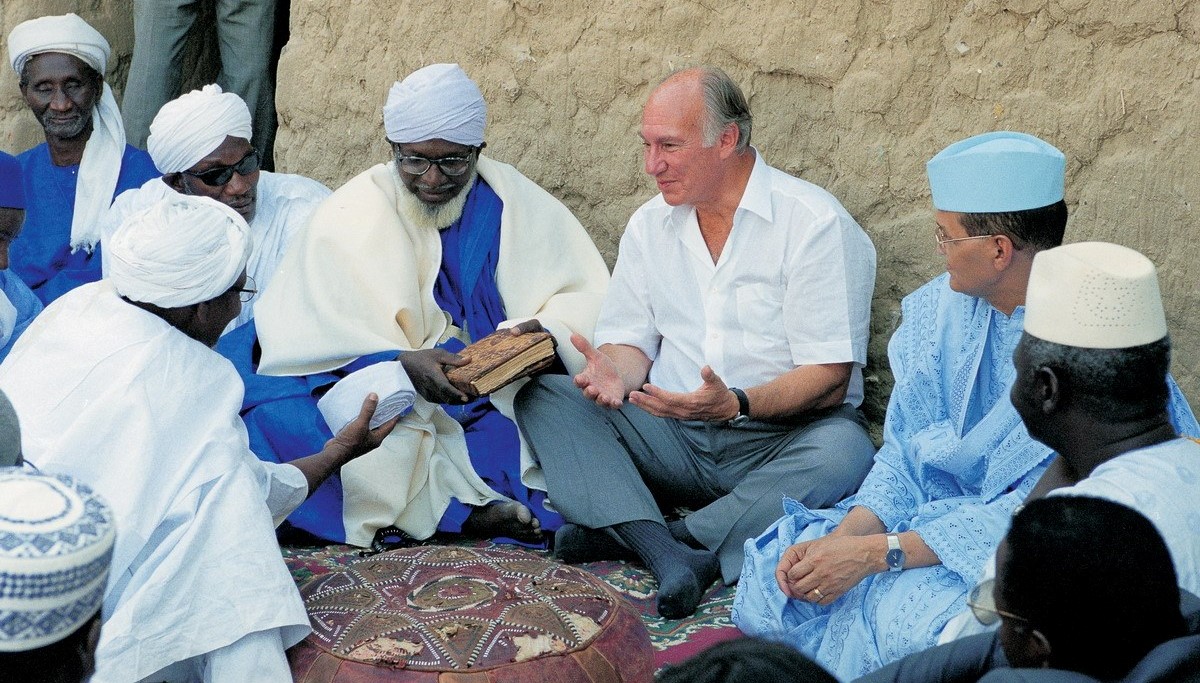 Until recently, most people learned about Ismaili beliefs from polemic composed by their detractors. This was even true in Orientalist Islamic studies scholarship for several decades, resulting in the proliferation of inaccuracies and misrepresentations of Ismaili doctrines. Thanks to the recovery of primary sources and the establishment of the Institute of Ismaili Studies in 1977, the beliefs and doctrine of Ismailis can now be studied firsthand.

Ismaili theology has been an ever-evolving enterprise undertaken by various scholars and thinkers throughout the centuries. Under the spiritual guidance of the Ismaili Imams, Ismaili theologians drew on a diversity of religious and philosophical symbols and systems to expound the principles and doctrines of Ismaili Islam, including Gnosticism, Neoplatonism, Sufi metaphysics and poetry, Jewish tradition, Christian thought and Indic spiritual traditions.

Amid this historical evolution and diversity, several core principles of Ismaili theology remain paramount. First, there is the notion that the revelation given to the Prophet Muhammad and the shariah consist of both an outward, exoteric level (zahir) as well as a deeper, esoteric dimension (batin). The role of Prophets was to enunciate the exoteric expression (tanzil) of revelation in line with their historical contexts. The role of the Imams is to unveil the esoteric depths of revelation through spiritual interpretation (ta’wil).

While the exoteric level of meaning is perceptible to everyone, the esoteric level is only recognized by an intellect supported by divine guidance. Ismaili theology is thus called ‘ilm al-batin (science of the esoteric) in contrast to the sciences of kalam or falsafah. Throughout history, the Ismailis preferred to focus on the spiritual and philosophical meaning of the Quran and the shariah, akin to Islamic philosophers like Ibn Sina (Avicenna) and some Sufi masters like Ibn ‘Arabi. In line with their esoteric understanding, Ismailis interpret tawhid as the affirmation of the absolute unity of God above and beyond all forms of multiplicity, according to which God transcends all names, descriptions, limits and conceptual categories, including being/non-being.

A second core principle is a cosmology of creation in which God continuously creates and sustains the cosmos by means of a cosmological hierarchy of Light (nur), a central Quranic symbol that Shia Muslims of all periods have used to describe the Imam’s spiritual nature. Accordingly, the spiritual reality of Prophet Muhammad and the Imams of his family is conceived as a cosmic spiritual Light that God created before the cosmos. Some Islamic philosophers and Sufi thinkers refer to this cosmic reality as the Light of Muhammad and the Universal Intellect. 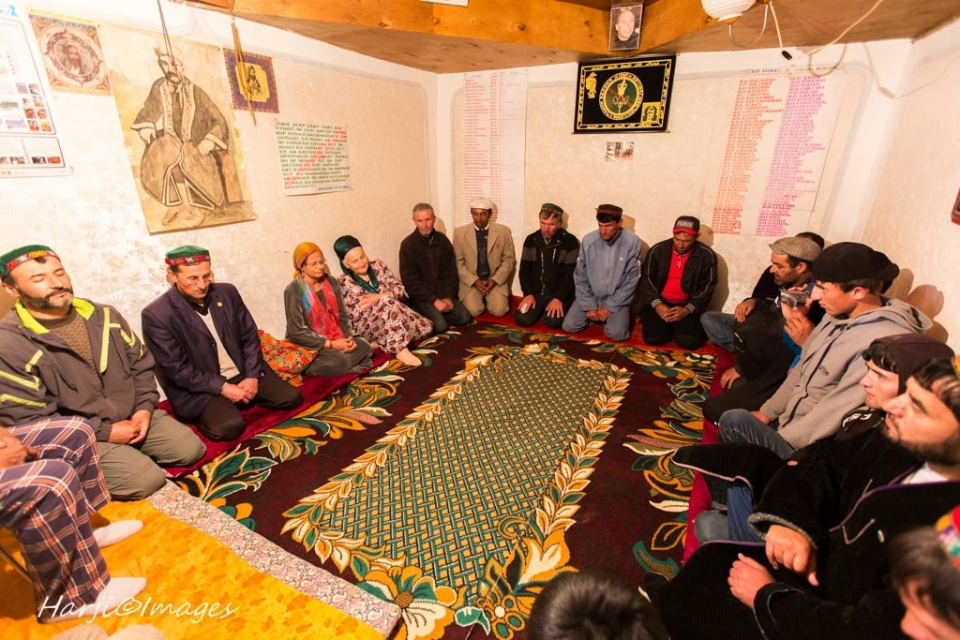 To be clear, this doctrine of the Light of Muhammad and Ali manifesting through the Imams is fundamentally different from the Christian view of the divine incarnation: the Light of Muhammad and the Shia Imams is the first created light and it is reflected, not incarnated, in the human person of the Imam, just as an object may be reflected in a mirror without physically entering into it. In both Sufi and Shi‘i belief, this cosmic Light was reflected in the physical world through a series of exalted human beings, starting from the Prophet Adam and continuing through generations of Prophets and Imams among his descendants until the Prophet Muhammad and Imam Ali. In Ismaili belief, this cosmic Light continues to manifest through each Ismaili Imam until the end of time.

A third principle is the idea that human beings — composed of eternal spiritual souls and temporal material bodies — are the noblest of God’s creation and are entrusted with the care of the environment. This vision entails the inseparability between a person’s spiritual obligations and their life in the world, where the ethics of Islam serve to bridge spiritual life and material activity.

Finally, the most pivotal principle is the interpretive authority of the Ismaili Imam, which the present Aga Khan describes as follows, “The Imam must direct Ismailis on the practice of their religion and constantly interpret the Qur’an for them according to our theology. On the spiritual plane, the Imam’s authority is absolute. Ismailis believe therefore that what the Imam says is the only true interpretation possible.”

The Imam interprets the shariah according to changing historical and cultural conditions, and also guides his murids in the spiritual path (tariqah) toward the mystical recognition of the oneness of God. In practical terms, the Imam prescribes and authorizes the daily ritual praxis, including obligatory prayer and rituals of inner purification and contemplation. The ritual praxis is contextualized to the changing times and also recognizes local devotional expressions stemming from the various cultural traditions that comprise the Ismaili community. Speaking about the Imam’s authority to interpret ritual practices, Aga Khan III once explained that “it should not be forgotten that it is not the forms of prayer and fasting that have been commanded, but the facts, and we are entitled to adjust the forms to the facts of life as circumstances changed.”

A very visible example of the Imam’s interpretative role was how Aga Khan III abolished head-coverings for women because he interpreted it as a purely cultural practice and wished for Ismaili women to stand alongside men in social and economic terms. In spiritual matters, similar to the Prophet Muhammad and Sufi Shaykhs, the Ismaili Imam also functions as an intermediary for God’s forgiveness, blessings and purification, and the Imam’s spiritual guidance and blessings are sought in times of difficulty.

While particular Ismaili communities have developed their own literary, theological, cultural and ritual traditions, the centrality of the Imam underlies the plurality of the Ismaili heritage. All Ismaili Muslims are bound together by their loyalty, love and devotion to the hereditary Ismaili Imam. Ultimately, this fraternity is grounded in the cardinal principle of the Ismaili Muslim faith: the continuous presence of the Imam in a constantly changing world as a guiding light toward the true comprehension and practical application of God’s revelation to Muhammad.

The Ismaili Tariqah and Ritual Praxis

While legalistic interpretations of Islam view the religious and ethical obligations of human beings in terms of the shariah, the esoteric and mystical interpretations of Islam make a distinction between duties of the shariah and the practices of the spiritual path (tariqah). Contemporary Ismaili Muslim ritual practices fall into the category of tariqah rituals whose form and content are closer to Sufi tariqah rites and therefore distinct from the shariah rituals of Muslim legal discourse.

The Ismaili Tariqah of Islam is the official name by which the Imam and Ismaili community refer to the Ismaili interpretation and practice of Islam in modern times. In his role as the hereditary successor of the Prophet Muhammad and the Spiritual Guide of the Ismaili Tariqah, the Ismaili Imam interprets and guides the community’s ritual practice with the view of maintaining an appropriate balance between the exoteric (zahir) and esoteric (batin) dimensions of Islam amid shifting historical and cultural situations.

Ismailis believe that ritual practices appropriate for one historical period or cultural situation must be reinterpreted when applied to another. The Ismaili Imamat’s attitude toward interpreting Islam is one where essential principles remain the same, but religious forms are subject to continuous reinterpretation as the needs and circumstances evolve. Thus, in every period, the Imam prescribes the specific forms for prayer, fasting, purification rites and invocation (dhikr) for the Ismailis. In modern times, the tariqah ritual prayer of the Ismailis is an Arabic prayer called the Dua, recited three times per day, and it differs in form and content from the shariah namaz practiced by Sunni and Twelver Shia Muslims. 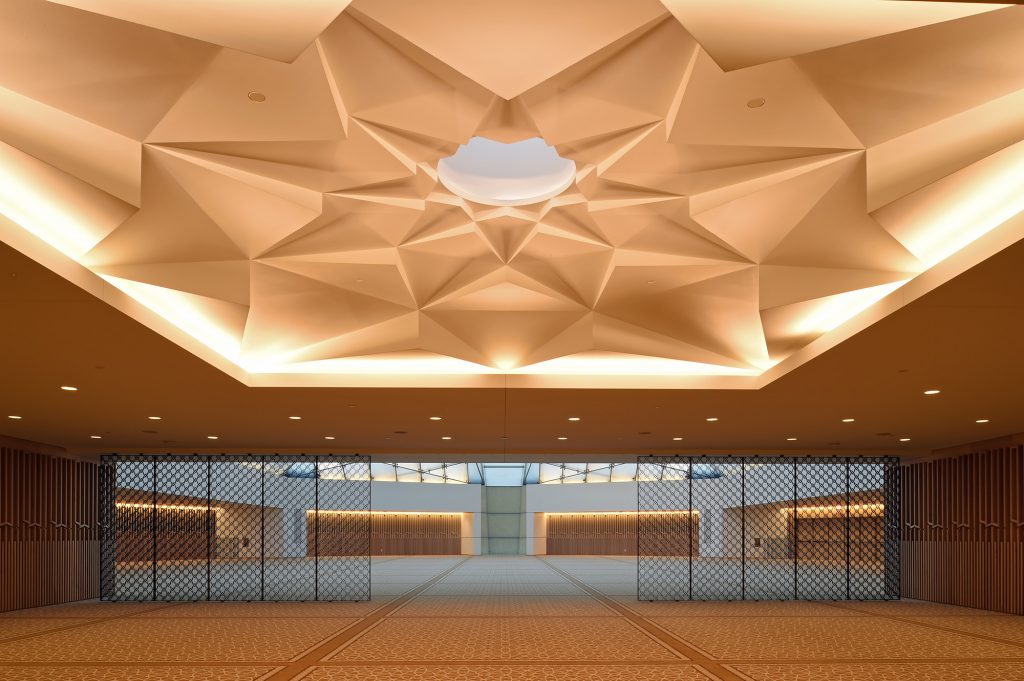 The prayer hall of the Ismaili Jamatkhana in the Toronto Ismaili Center. > Ismaili.org/Garry Otte

In most countries, Ismailis gather for ritual practices in private congregational prayer spaces called jamatkhanas. The Ismaili jamatkhana substantially differs in form and function from nondenominational mosques and is better understood alongside the various spaces used by Sufi tariqahs.

The idea of Muslims gathering in “private discursive spaces” to enact esoteric truths specific to a given community of interpretation enjoys a long tradition in Muslim history, as Shahab Ahmed, a Harvard professor of Islamic studies, recently showed in his book, What is Islam. Similar to many Sufi tariqahs, participation in Ismaili ritual practice is only open to those who have pledged bay‘ah (spiritual allegiance) to the Ismaili Imam. This bay‘ah is akin to a spiritual contract by which a person becomes an Ismaili Muslim and is accepted as a disciple of the Imam.

Many Ismaili jamatkhanas are open daily for congregational prayer in the mornings and evenings. Ismaili women and men pray in the same space while sitting on separate sides of the prayer hall without a physical barrier separating them. Two appointed officials in every jamatkhana, called mukhi and kamadia, preside over the services, and the Dua can be recited by anyone before the congregation. In addition to the Arabic Dua, Ismaili rituals in jamatkhana also include intercessory supplications seeking God’s blessings through the Prophet Muhammad and the Imams, recitation of devotional poetry in praise of God, the Prophet and the Imams in Arabic, Persian and South Asian languages, and readings of the religious pronouncements of the Ismaili Imam. In line with Shia tradition and history, Ismailis submit zakat and sadaqat — defined in the Quran as material offerings for spiritual purification — to the present Imam. While the manner of how zakat funds are spent is entirely the prerogative of the Imam, the present Aga Khan uses these funds exclusively for Imamat and Ismaili community activities, and keeps his personal and business assets separate from the Imamat assets.

The jamatkhana also plays an important social and cultural function in fostering community, serving as a hub for Ismaili communal activities in a given region. It is not uncommon for attending jamatkhana to be a family bonding event, where the entire family dresses up in their most dignified clothing and make their way together to attend the prayers. Social events, networking forums and intellectual activities often take place in the social halls of certain jamatkhanas on a regular basis. The jamatkhana’s symbolic presence is transnational: Ismailis from a country like Canada, the U.S., or Britain often feel at home when visiting a jamatkhana, whether in Kenya, India or Tajikistan, where, despite the cultural differences, the Jamat will recite the same Arabic Dua and hear the pronouncements and guidance of the same Ismaili Imam.

*Image: The Aga Khan at a mosque in Timbuktu. Photo via AKDN/Gary Otte. 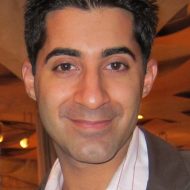 Khalil Andani is a SSHRC Fellow and doctoral (Ph.D) candidate in Islamic studies at Harvard University focusing on Islamic theology, philosophy, and intellectual history and holds a Master of Theological Studies degree (MTS 2014) from Harvard Divinity School. His doctoral research focuses on the development of Muslim conceptions of Revelation with particular attention to Ismaili Muslim doctrines of Qur'anic revelation and hermeneutics. His publications include a forthcoming article about the Ismaili influences on al-Ghazali's cosmology in the Oxford Journal of Islamic Studies, two peer reviewed articles on the Survey of Ismaili Studies in Religion Compass, a chapter on Nasir-i Khusraw’s Ismaili philosophy in the The Oxford Handbook of Islamic Philosophy, and two articles comparing Ismaili cosmology and the Christian metaphysics of Meister Eckhart in Sacred Web. Khalil is also a Chartered Professional Accountant (CA-CPA) and has completed Bachelor of Mathematics (BMath) and Master of Accounting degrees at the University of Waterloo (2008).