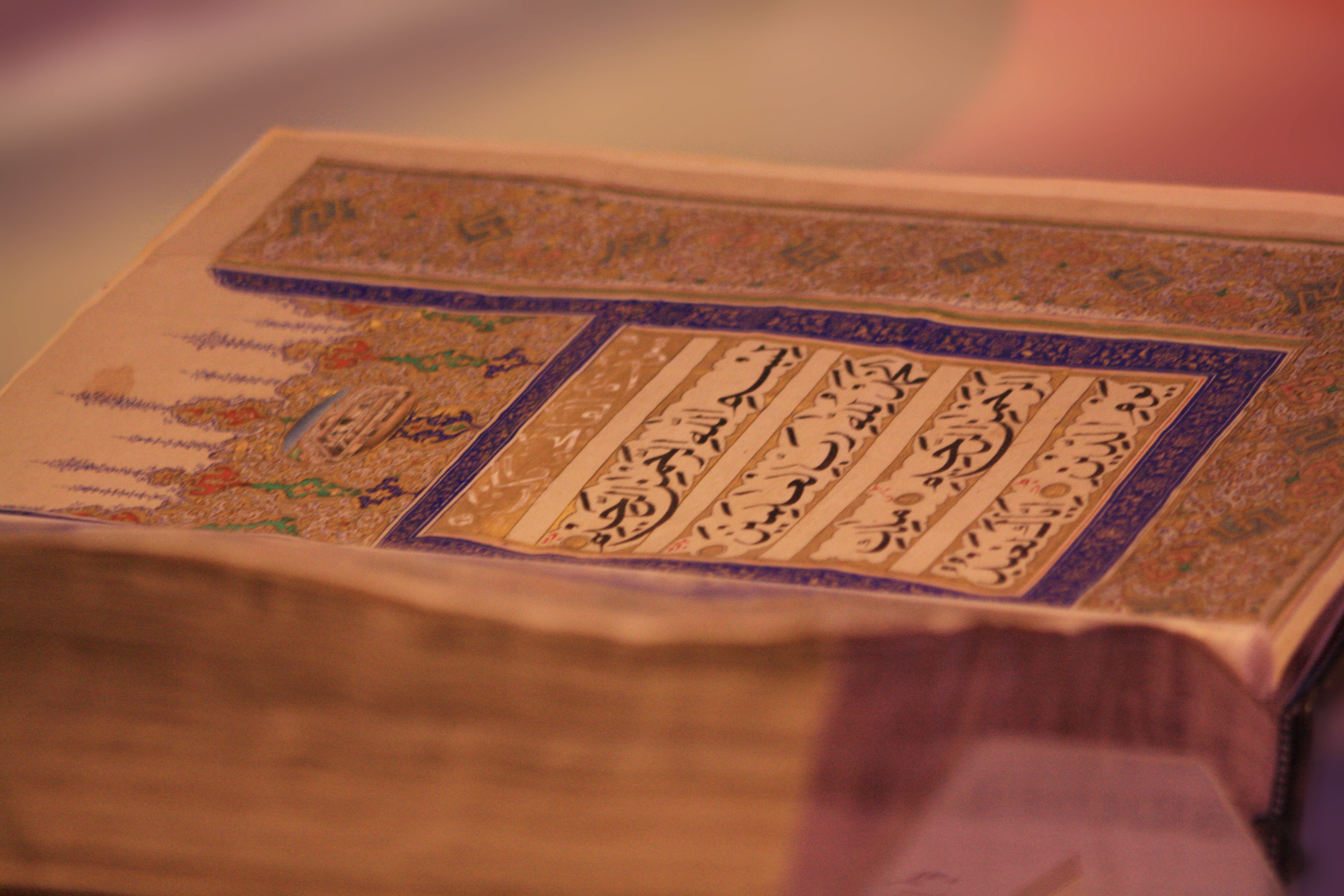 Friedrich Hegel’s recipe for critical dialogue was simple: The authentic refutation must penetrate her opponent’s stronghold and meet him on his own ground; no advantage is gained by attacking him somewhere else and defeating him where he is not. Toiling in the nascent years of Nazism, Theodor Adorno and others at the Frankfurt school elevated Hegel’s science of logic to examine the power relations that enabled the few to dominate the many. With the Muslim world roiled by post-colonialism and Cold War alliances, the problem lies in people whose norms are conscripted against their legitimate self interests. What ideas in Islamic thought hold promise to expose the false ideologies fueling theocracies? And how can American Muslims serve as role models with inclusive consensus building that redefines what it means for a nation to be “great”?

As a preliminary matter, no one comes to the banquet of unity with clean hands. America’s short-sighted interests undoubtedly galvanized divisions among predominately Muslim nations, from toppling the democratic regime of Iran and drone strikes’ unending civilian casualties to arming the Taliban against the Soviets alongside President Ronald Reagan’s warm welcome for Sudan’s dictator who executed pacifist Muslim leader Mahmoud Taha. And the doomsday clock inches ever closer to midnight with each incendiary tweet from the throne of the U.S. president.

But it also can’t be denied that an antigen exciting the metastasizing malignancy of violence falls under the rubric of self-styled radical Islamists. Enacting a religion of truth that gains traction among Muslims requires a counter narrative inscribed by the Quran’s diverse currents.

I am not your Muslim

As a preliminary matter, I must confess that in the years after 9/11, my faith in the Quran as the word of God has been supplanted by a far more critical reading. You find in the Quran what you bring. Whether in the hands of nomadic war machines like ISIS and al-Qaida or entrenched theocracies such as Iran or Saudi Arabia, the Quran functions much like a winner’s narrative enforced like a fetishized Yassa, Genghis Khan’s brutally effective war manual. The pandemic of suicidal atrocities bears witness to an increasingly moribund political Islam shorn of its spiritual roots.  Consequently, charismatic demagogues find an endless supply of pawns they can manipulate in the lethal synergy between belittlement, rage and projection. But as French philosopher Michel Foucault noted, our most insidious demon consists of the fascist in us all serving gods we create.

Hanged as an apostate, I admired Taha for his courage in thought and action as opposed to Islamists who let others think for them as they kill without conscience. Rather than engage in apologetics, I have come to see promise in the Quran as an organizing principle, as a Cern Hadron collider of ideas that reveals only upon confronting its foundational fissures.

No matter where you stand in the spectrum between vitalism and positivism, what other tome so vividly contrasts the “Be!” emerging from emptiness with its perpetual annihilation in the endless span of time? Where else can one find a univocal spontaneity spanning two decades compiled by intersectional identities of class, gender and race? Who can juxtapose the nature of being alongside the pragmatics of political action with the Quran’s visceral power? And where else can you find the seeds of agnosticism and existentialism side by side with the specter of Critias of Athens’ Sisyphus who controlled the masses through their fear of the supernatural?

On the one hand you have verses that lionize Abraham’s idol smashing and radical reflection on setting stars as well as Moses’ individuation through the tutelage of Khidr. Other verses exhort readers to learn to think for themselves in the refrain of questioning the legacy of their forbears in the light of justice and reflection. Belief had to be free from coercion based on truths accessible to reason.

Yet on the other hand, there are verses that call for killing nonbelievers as well as unquestioning obedience to God and the Prophet. Here, Taha’s Second Message of Islam contrasts Prophet Muhammad’s minoritarian voice in Mecca with his majoritarian authority in Medina that was tempered by the exigent demands of statecraft. A reader of Hegel, Taha suggested a Quranic critical theory that began with the radical questioning of inherited norms as a necessary prerequisite to reinventing society. No god but Allah calls for casting a jaundiced eye on the old transactional gods of reward and punishment as well as the new American gods of markets and media: in following Taha’s example, fidelity to the Prophet demands apostasy. 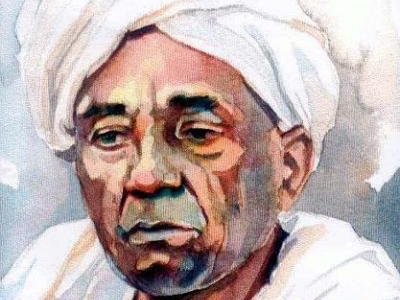 Mahmoud Taha > Via The Arabic Network for Human Rights Information

The apostasy of Allah

The Quran reified political Islam toward the end of Prophet Muhammad’s life. A tradition passed down by a respected companion of the Prophet, Abu Hurairah, indicates that Prophet Muhammad considered Islam a birthright, our natural disposition (fitrah) to discern meaning from our surroundings that preexisted indoctrination into sectarian belief. The phenomenology of German philosopher Edmund Husserl similarly considered our cognitive faculty as the natural attitude in which self-awareness seamlessly synthesizes, corrects and projects our image of the world. At base, one’s political self-identify as Muslim stands in stark contrast to the performative demands of an Islam nonidentical to its objects.

Our open entropy of awareness existed prior to gods and religions. Seen in this light, Islam represents the prelinguistic sensorium of intensive relations that could never be articulated were all the oceans ink and human beings pens. By putting forth an absolute being that can never be defined no less encompassed by vision, the Quran’s inherent agnosticism echoes Godel’s incompleteness theorem without the need for mental gymnastics.

Tellingly, an oral tradition of Prophet Muhammad suggests a shared headspace with postmodern philosopher Gilles Deleuze, an avowed atheist. Univocity, Deleuze’s ontology of difference and repetition, invokes the Islam where all things are perishing save the face of Allah. The Arabic script for Allah itself suggests an open totality of being wherein the singular intelligence represented by the slender, solitary Arabic character for A repeats and differentiates itself in the intensities of the double L. Illustrating the cross-cultural parallelism of primordial vision, Abu Hurairah reported that the Prophet said Islam began as something strange and will return as something strange, while Deleuze articulated Univocity as the strangest thought, if it could be thought at all.

In further rebuttal to the false dichotomy between Islam and the West, Thomas Jefferson studied the Quran, upon which Rep. Keith Ellison was sworn into office. The Quran’s refrain for intergenerational questioning and the command that there shall be no compulsion in religion foreshadowed Jefferson’s separation of church and his desire to revisit the Constitution every 20 years or so as the material conditions for its genesis mutated.

Thinking outside the Kaaba

In light of Islam’s complex character as intensities of awareness, how might Alt-Radical Muslims distinguish themselves from the death cult of radical Islamists? For starters, boycott Saudi Arabia, both the land and King Fahd’s Yassa paraded as the authoritative word of God. Just as Prophet Muhammad refused make his pilgrimage (Hajj) to Mecca so long as it was controlled by corrupt elites, Muslims should make Hajj elsewhere so long as they execute apostates, shackle free thought and fail to ensure the safety of Hajjis. Sad to say, the Prophet would likely be beheaded if he attempted his mission in today’s Mecca. In solidarity with the Lakota Sioux who were slaughtered and defrauded of their land, why not circle the Bear Tower, the Sioux’s sacred site in Wyoming misappropriated by the U.S. Army as Devil’s Tower? 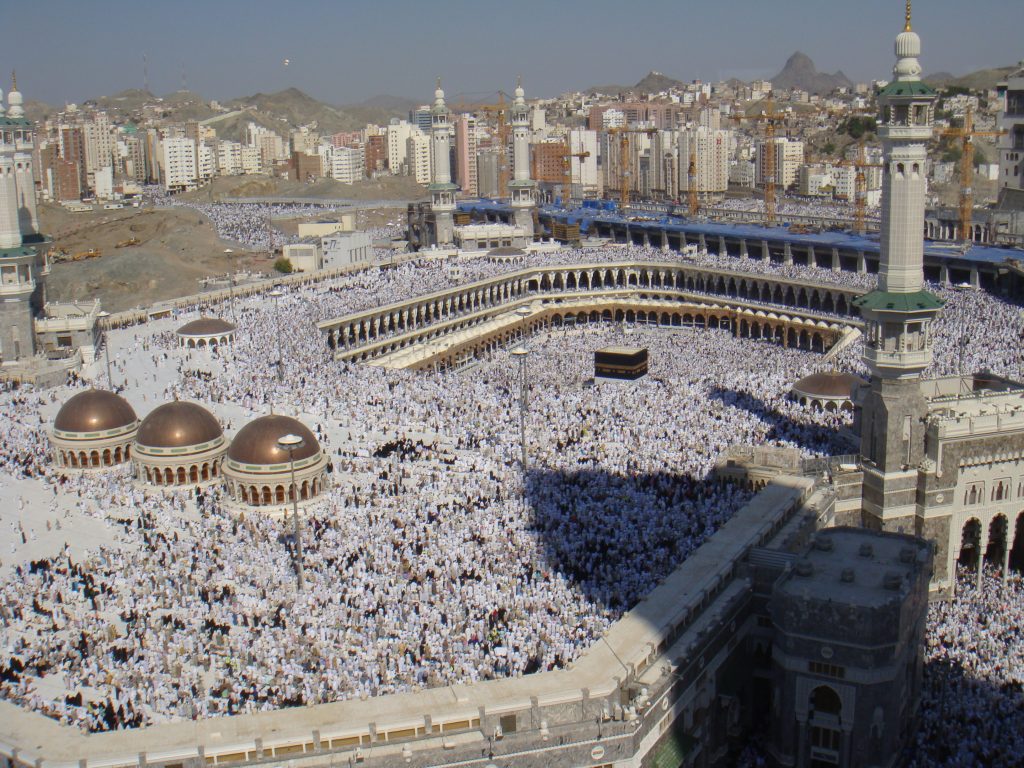 Next, we can replace radical Islamist’s five political pillars of fear, obedience, rigidity, coercion and elitism with the touchstone of Abraham’s questioning, understanding, empiricism, selection and testing of our singular relations to the Chaosmos. As Oglala Lakota Sioux Chief Luther Standing Bear noted, after all the world’s great religions are written about in fine books with finer covers, each of us will confront the Great Mystery on our own.

Lastly, we can invigorate democratic participation in a way that embraces the Quranic principle of consensus (Shura), of forging social policy in the crucible of experience and demonstrable evidence rather than by imposing speculative beliefs. The corollary to the idea of a final Prophet going forward implicates a communal authority achieved through egalitarian participatory discourse. Or as my father would say at contentious dinner table debates, jump in the pit and match the wit.

Speaking to this last point, the Quran and oral traditions make it clear the Prophet was human and fallible. An authentic religion of truth can only earn legitimacy in a future experienced as immanent presents rather than a past that no longer exists, if it ever existed at all.

Notably, Prophet Muhammad recognized the primacy of informed consensus over personal opinion in yet another account related by Abu Hurairah. Upon seeing workers pollinating an orchard of date palms, the Prophet remarked that he saw no benefit in their actions. When his words reached the workers, they ceased their activity immediately, which subsequently yielded dates of poor quality. When the Prophet later learned the effect of his comments on the workers, he made clear that he was a human just like them, that his thoughts could be correct and incorrect, and that they knew their worldly affairs better than he did.