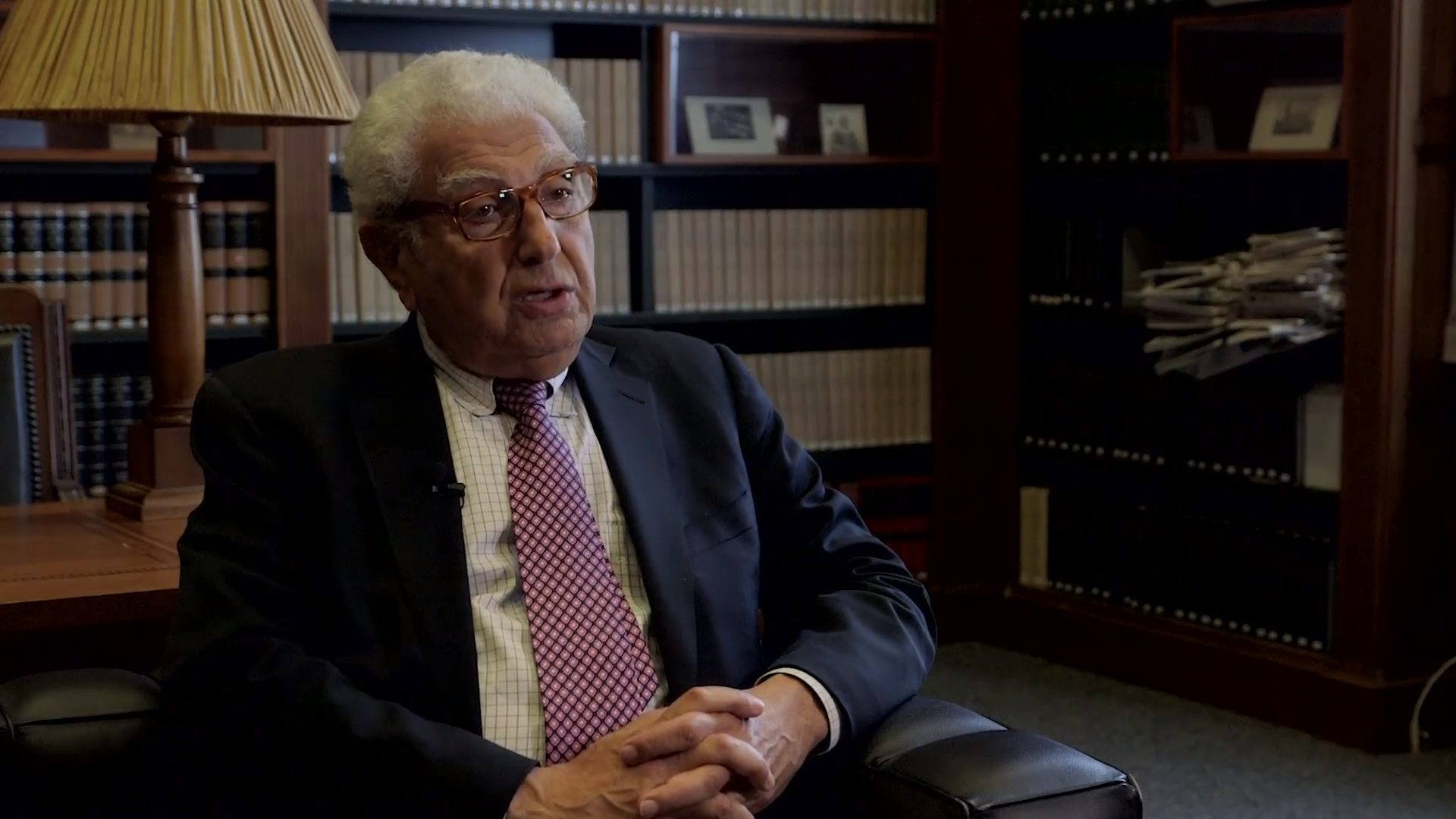 The Death of the “Father of International Law”

Mahmoud Cherif Bassiouni, an Egyptian-born legal scholar whose expertise in international criminal law brought him global renown and even a Nobel Peace Prize nomination, has died of cancer and related complications. He was 79 years old.

“There is quite simply nobody like him in the international human rights law systems,” William Schabas, an international law expert at Middlesex University in London, told the Washington Post. “When I went to law school in the 1980s, virtually the only writings on the subject of international criminal justice were by him.”

Ahmed Rehab of the Council on American-Islamic Relations in Chicago, who was close with Bassiouni and delivered a eulogy at the Muslim Community Center in Chicago, wrote that he “stands in my mind as one of the all-time greats of the American Muslim community as well as one of the greatest contemporary legal minds to ply the trade.”

Bassiouni was born in Cairo in 1937 and spent his early years in Egypt, moving to the United States in 1962. He earned an LLB degree from the University of Cairo and pursued legal studies in France, Switzerland and the U.S. He taught law at DePaul University from 1964 through 2009 and was a founding member of the International Human Rights Law Institute at DePaul. He also helped found the International Institute of Higher Studies in Criminal Sciences in Siracusa, Italy, where he served as secretary general, dean and president. From 1974 to 1989, he served as the secretary general of the International Association of Penal Law, where he also served as president and was elected as honorary president in 2004. At DePaul, Bassiouni became emeritus professor of law.

Bassiouni, a human rights activist, said that at one point, his entire life was motivated by the shock he felt when he was 6 and overheard a Jewish man speak to his father about atrocities committed by Germans during World War II. In an interview with PBS in 2011, Bassiouni recalled how this prompted him to run out in the street during the next German raid over Cairo and point a toy gun at the planes, saying, “I want to shoot down Uncle Hitler. He’s a bad man.”

In some form or another, Bassiouni spent his lifetime taking shots at atrocities. A scholar who wrote dozens of books cited by court systems around the world, Bassiouni became known as the “father of international law.” While that is not the case entirely, Bassiouni presided over the dramatic shift in the purpose of international tribunals, which, throughout history, was the privilege of a wartime victor. Prior to 1992, if you vanquished your enemies, you could try them for treason and other crimes once the war was over. If you lost, you were out of luck.

That one-sided outlook shifted when the UN Security Council appointed Bassiouni as chair of a commission to investigate crimes committed during the breakup of the former Yugoslavia. The mandate at the time was to investigate all parties in the conflict, regardless of whether they were winners or losers, marking international law as a credible function in the eyes of the international community.

Bassiouni later said his work in the former Yugoslavia was his proudest achievement, in part because the investigation remained free and clear of political justice and focused on international law as the basis of its work.

“You know,” he said in the PBS interview, “I’m in my 70s, I’m a Muslim, I come from the Arab World, and I’m from another generation. And yet I have to tell you, I’m absolutely shocked and dismayed and amazed by the total lack of sensitivity to the plight of women in war, and particularly the raping of women in war, after war, after war, and how little attention is paid to it.”

In Yugoslavia, Bassiouni presided over the largest rape investigation in history, compiling a 3,500-page report documenting “systematic rape,” which was part of a Serbian policy of ethnic cleansing. In the field, Bassiouni counted skulls dug up from mass graves, toured prisons crowded with political dissidents and talked to rape victims, whose stories had his head spinning.

“I was vacillating between horror and admiration,” he told PBS, describing how rape victims held onto their dignity as best they could in the face of unthinkable atrocities.  The findings were handed over to the International Criminal Tribunal for the former Yugoslavia, a body Bassiouni helped create, which established that sexual violence against women is a crime against humanity. His work also culminated with charges of war crimes, crimes against humanity and genocide against Ratko Mladić and Radovan Karadžić, known as the Butchers of Bosnia. That success also led to the creation of the International Criminal Court (ICC) housed at The Hague in the Netherlands. One of the more prominent cases the ICC has since dealt with is Ivory Coast’s former President Laurent Gbagbo, who in 2011 was charged with murder, rape, other forms of sexual violence, persecution and “other inhumane acts.”

But after years of work with the ICC, Bassiouni shocked an audience at an international law conference in Washington in 2010 by declaring that the ICC would fail. In his speech, Bassiouni said there was no political will to have a functioning, independent criminal justice system on an international scale, and that obstruction of cases had reduced the ICC’s role to a bureaucratic quagmire.

Despite his pessimism, Bassiouni’s career remains a roadmap through the world’s social and political hot spots. It could be said, if Henry Kissinger had focused on law instead of politics, he might have lived a life similar to Bassiouni’s.

Bassiouni was a frequent adviser to the U.S. State Department and a go-to source for National Public Radio on international affairs. His investigations on behalf of the UN included work in Afghanistan, Iraq, Libya, Rwanda and Bahrain. 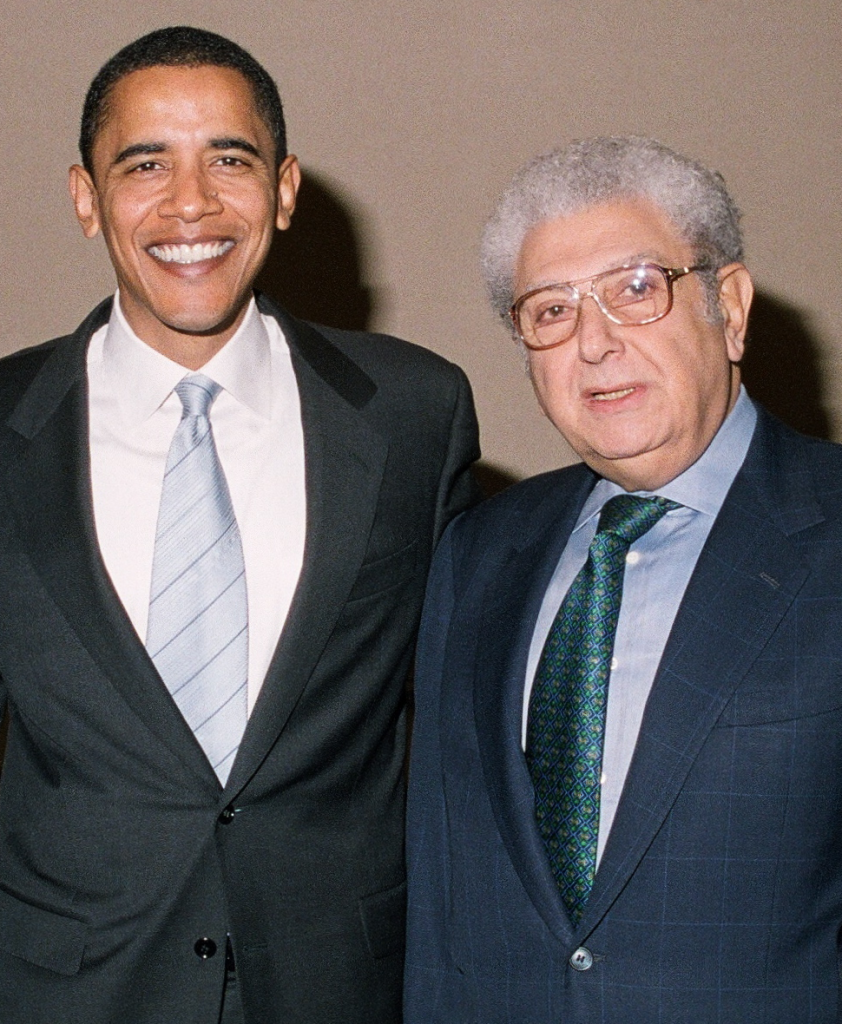 Although outspoken and sometimes blunt, Bassiouni was not known as an attorney who would chase after headlines. When it was suspected that former Libyan dictator Muammar Gaddafi was using systematic rape as a form of torture, Bassiouni questioned the credibility of the evidence. When he was told a questionnaire had been mailed to 70,000 homes with 50,000 of them returned, documenting 259 cases of rape, he waved off the possibility, noting that Libya did not have a postal system that would have been able to pull off such a feat.

He also questioned why the U.S. did not have the political will to prosecute former President George W. Bush for torture of prisoners at Guantanamo Bay, Cuba. At the time, in 2004, he accused the U.S. of hiding prisoners from international inspectors. “My answer to them is there’s no exemption. When the UN says to monitor human rights in the country, they’re not saying, ‘except for what the United States is doing there,’ ” he said, according to a Chicago Tribune article in 2005.

Bassiouni served a two-year term as the UN’s Independent Expert on Human Rights in Afghanistan, but was not re-appointed. He said that sticking to the UN’s mandate cost him that appointment and that the U.S. blocked his second term. A State Department spokesperson said at the time that the nature of the conflict in Afghanistan had evolved, making the UN’s investigation unnecessary.

Bassiouni served 22 appointments for the UN, received a battery of honorary degrees and awards from around the world, and was nominated for the Nobel Peace Prize in 1999 for his work in the former Yugoslavia and creation of the ICC. But the prize that year went to Médecins Sans Frontières (Doctors Without Borders).

Amid the chaos he often was called to look into, law gave Bassiouni a sense of order and purpose. “I have a sense of orderliness about things. Do the investigation first, see what the evidence is, and then indict. You don’t start by indicting without getting the evidence,” he told Foreign Policy in 2012.

His last major international assignment was as head of the Bahrain Independent Commission of Inquiry tasked to look into deaths and allegations of torture in the aftermath of unrest in the country in 2011. The report from the Bassiouni Commission, as it became known, confirmed many of the allegations against the Bahraini government and it also rejected the government’s claims that the protests were backed by Iran.

Bassiouni authored, contributed to and edited dozens of books on topics including Islamic criminal justice, international and U.S. criminal law, human rights and torture, and his works have been translated into at least 10 languages. His most recent book, Globalization and Its Impact on the Future of Human Rights and International Criminal Justice, was published in June 2015.

I first came across his work in law school and instantly became a fan. I met him in person as a law student articling in Toronto in 1995 after inviting him to speak at a fundraising dinner I helped organize for Human Concern International (HCI). Professor Bassiouni delivered the keynote address on the plight of Bosnian Muslims and helped us raise well over $50,000 (a big amount in those days) to support HCI relief and development work in Bosnia and Chechnya. At the time of my invitation, Bassiouni had been the former chairman of the UN’s Commission of Experts to Investigate Violations of International Humanitarian Law in the Former Yugoslavia. He was a hot commodity on the speaker’s circuit and used to attending high-end dinners with well-heeled donors, he did not have to accept my invitation, but he did. We offered him a pittance of an honorarium, which he refused to accept seeing as the event was organized by students and people with little means.

We remained in touch and he influenced and encouraged me to pursue legal academia. He had a similar impact on many. Even until very recently, this important and influential intellectual whose plate always overflowed with obligations made time whenever I referred a student to him for guidance.

Rehab wrote on Facebook: “Professor Bassiouni is survived by his loving wife, Elaine, and his loving daughter Lisa and his grandchildren Szofia and Antonio. He is also survived by a band of ‘sons’ including Mohamed Helal, Laith Saud, Nehad el Gammal, Mohamed Abdel Aziz, Khaled Mohy, and myself. But most of all his favorite son, Yaser Tabbara with whom he had a special bond over many years.”

Bassiouni’s farewell letter clearly reveals the kind of man he was. 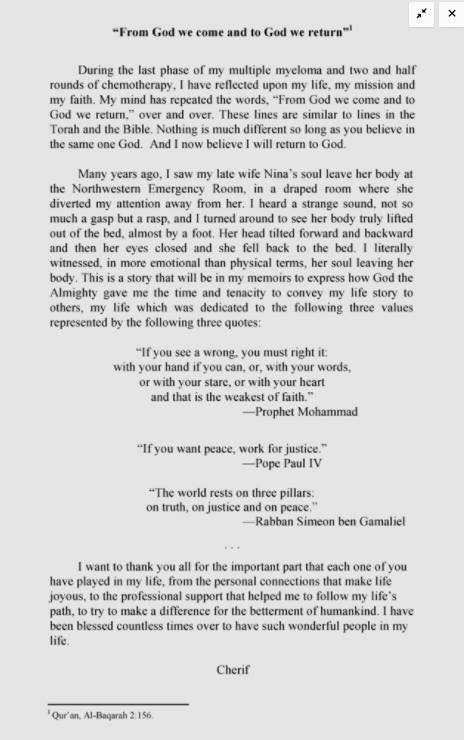 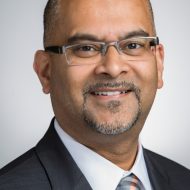 Faisal Kutty is counsel to KSM Law and serves as an Associate Professor at Valparaiso University Law School and an Adjunct Professor at Osgoode Hall Law School. He filed submissions opposing the Passenger Protect Program on behalf of 25 civil society groups when the program was initially launched in 2007. His academic articles are archived at SSRN and you can follow him @faisalkutty.

The Death of the “Father of International Law”
October 4th, 2017

Lessons From Past Islamophobia and the Christian Response
April 17th, 2017