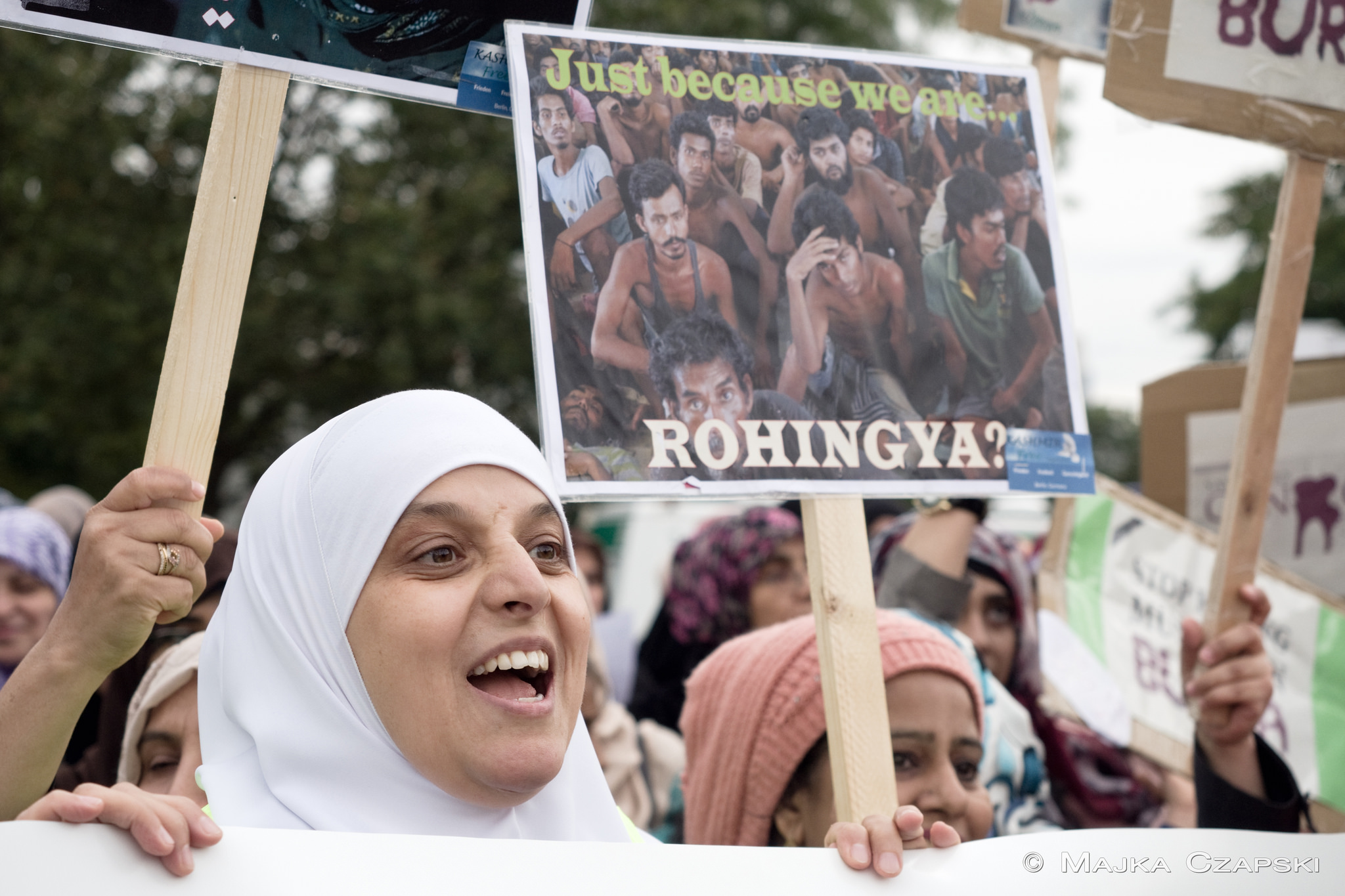 Don’t Blame the Media for Silence on the Rohingya

It’s now common among many activist circles to position any championed cause as the overlooked issue by the mass (or “mainstream”) media. The tendency is a near-automatic function of left-wing rhetoric when focusing on the plight of X or Y oppressed group, though it’s by now a habit found all across the political spectrum. Still, if activists actually bothered to pay attention, they’d likely realize it’s usually because of the mainstream media, however flawed, that most people are even aware of whatever issue they’ve decided to rally around.

There’s no better example of this gap in observation than recent reactions to the Myanmar (or Burma) government’s ongoing attempts at ethnic cleansing, directed against the country’s Rohingya minority.

Dozens of solidarity rallies have been organized in the past few weeks to sustain public awareness and anger at the Myanmar army’s violent campaign, complete with outrage at those who only jumped on the “Rohingya bandwagon” now, as opposed to many years ago, when the world wasn’t looking and the global media didn’t care.

How was it then, to explore this logic, that only a select group of vigilant activists were exclusively privy to this “secret” genocide of the Rohingya in Myanmar, when the rest of the world was blind to it and when the mass media was too obsessed with other stuff to pay any heed? The truth, of course, is that the world media has been on this story — just like the Yazidi, Syrian or Mosul stories — nearly since the beginning.

Sure, the media’s coverage of certain conflicts can lack many things. But the “media” is also made up of a million different parts, each with its own separate set of mandates and news values. Today’s left-leaning, social-media-fueled “critiques” of complex media systems don’t go much further than shrieks of how the “MSM”-monolith lacks honesty. In that sense, they sound a lot like the right these days.

A common point made today against the media’s treatment of the Rohingya question is how they missed the story until recently. The earliest episodes of unrest in Myanmar’s Rakhine State started in 2012, when a Rakhine (or Arakan) woman was raped and several Rohingya Muslims were killed in retribution. Subsequent ethnic violence displaced around 90,000 people. Many of these were Rohingya, who were already considered “stateless people.”

The crisis carried on and it became clear that anti-Rohingya (and anti-Muslim) sentiment and hatred in Myanmar was being fueled by militant Buddhist monks. It was in the midst of this violence when Time magazine decided to bring attention to this Buddhist-fueled, anti-Muslim hatred by putting the face of Ashin Wirathu on its July 2013 edition. Wirathu is one of Myanmar’s most vocal Buddhist leaders calling for the elimination of all Rohingya in his country and is commonly referred to as the “Buddhist Bin Laden.”

Mass exodus of Rohingya from Myanmar and Bangladesh into South Asian countries like Indonesia, Thailand and Malaysia followed through 2015 as the humanitarian situation got worse, particularly in Myanmar, where a Rohingya insurgency was starting to bubble up by 2016. In October of that year, several clashes between these insurgents and the state army led to major crackdowns, which have by now proliferated into full blown campaigns to ethnically cleanse the Rohingya from the area. 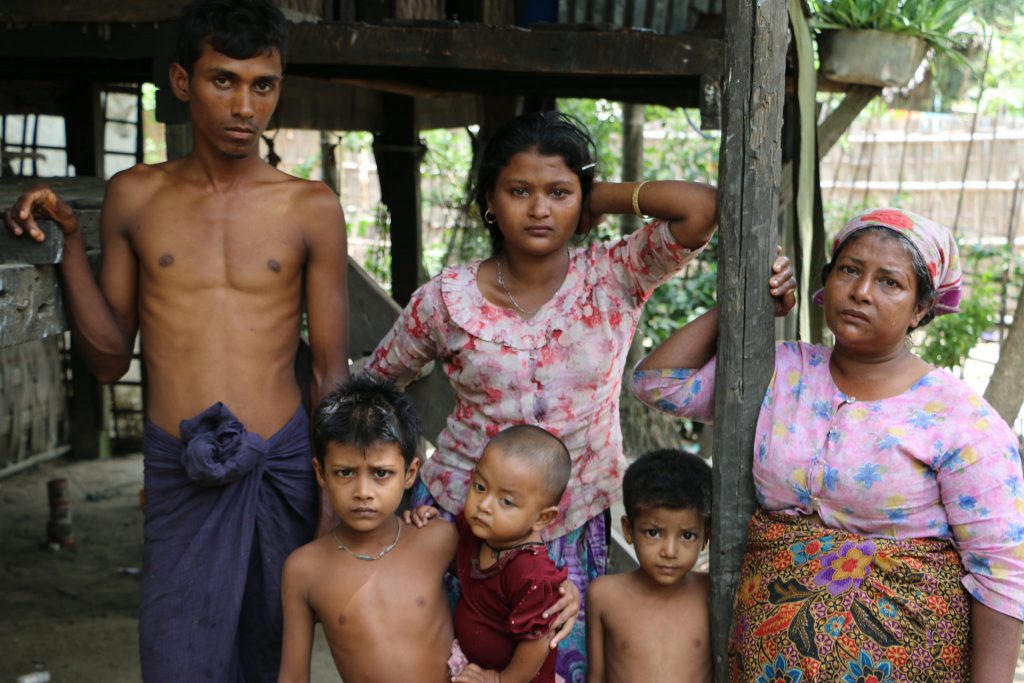 A group of Rohingya people > Flickr/United to End Genocide

But it was in October 2013, way before this recent escalation and when things were just starting to look really bad for the Rohingya, when BBC Today’s Mishal Husain sat Aung Sang Suu Kyi down for a tense interview and grilled her about the already-deplorable situation in Myanmar for one of the world’s most beleaguered and forgotten minorities. Suu Kyi — a Nobel Peace Prize winner, internationally celebrated dissident, and recently elected-by-a-landslide prime minister of a newly democratized Myanmar — subsequently said, “No one told me I was going to be interviewed by a Muslim.”

It wasn’t some unknown blog that got an interview with Suu Kyi and exposed her hypocrisy. It was the BBC. And it was the BBC yet again in April of this year that sat Suu Kyi down for an interview on the most recent atrocities by her government’s security forces in Rakhine state. Again, the usually eloquent prime minister had little to offer outside of obscurantist apologies. Her most recent address — her first public speech on the Rohingya crisis — on September 19 offered little more, as she described much of the reporting on the ethnic cleansing in Rakhine state as “fake news.”

Next came a robust condemnation of Suu Kyi and her military-dominated government from the entire editorial board of The Guardian — not exactly a small alternative outlet. The piece accuses Suu Kyi of hiding beneath a “cloak of virtue,” which she uses to shield both her and the regime from true scrutiny and accountability.

Then there’s on-the-ground reporting from numerous outlets like The New York Times, by journalists who’ve given readers eyewitness accounts of what’s happening, often risking their own safety. It was also mainstream outlets like the United Kingdom’s Telegraph and Sky News that reported on and disseminated observer accounts of mass atrocities being committed against Rohingya children.

And on and on.

Now, it’s important to note that all this coverage and commentary hasn’t pushed politicians to do much. The Myanmar government has received military aid from numerous nations and continues to do so. Outside a few soft words from Canadian Prime Minister Justin Trudeau, world leadership has been pretty mute on the subject. This is especially frustrating considering how quickly liberal interventionists rallied around crises in Libya and elsewhere in the aftermath of the Arab Spring. No such noise surrounds the current plight of the Rohingya.

But this isn’t something that can be blamed on the media, per se. Criticism of how certain realities are covered by the mainstream and corporate media outlets has long been a staple of a healthy democratic society, but all assessments must be based on facts. This time around, the fact simply is that the mass media (particularly print) has paid quite a bit of attention to the current ethnic cleansing going on in Myanmar.

The question is what the rest of us are doing with that reportage.

*Image: A protest in Berlin bringing light to the Rohingya situation. >Flickr/MajkaCzapski